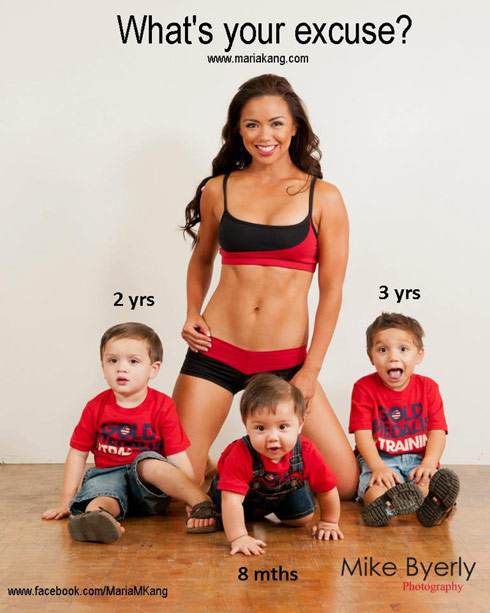 California mother-of-three, Maria Kang, has received a mountain of criticism after the above photo showing herself looking fit along with her 3 children and the question “What’s your excuse?” she posted went viral with thousands accusing her of fat shaming and having an inflated sense of self.

The photo had been up on her page for over a year but Kang noticed that it had suddenly caught fire with shares, while generating an overwhelming amount of negative feedback. In response, the 32-year-old former pageant queen and fitness competitor reposted the image with a serious #SorryNotSorry response. Here’s what she had to say to her critics:

I’m sorry you took an image and resonated with it in such a negative way. I won’t go into details that I struggled with my genetics, had an eating disorder, work full time owning two business’, have no nanny, am not naturally skinny and do not work as a personal trainer. I won’t even mention how I didn’t give into cravings for ice cream, french fries or chocolate while pregnant or use my growing belly as an excuse to be inactive.

What I WILL say is this. What you interpret is not MY fault. It’s Yours. The first step in owning your life, your body and your destiny is to OWN the thoughts that come out of your own head. I didn’t create them. You created them. So if you want to continue ‘hating’ this image, get used to hating many other things for the rest of your life. You can either blame, complain or obtain a new level of thought by challenging the negative words that come out of your own brain.

With that said, obesity and those who struggle with health-related diseases is literally a ‘bigger’ issue than this photo. Maybe it’s time we stop tip-toeing around people’s feelings and get to the point. So What’s Your Excuse?

Maria told Yahoo Shine that she was simply trying to inspire others and that the “What’s your excuse?” tag is a line frequently used in “fitspiration” campaigns. “I wanted to say, ‘I know you think you don’t have time if you have kids. But if I can do it, you can do it, too,’”she added.

As of this write-up, the repost of her image has been shared over 20,000 times and has received over 35,000 comments. These two recent replies kind of sum up the general “which side are you on” nature of the responses pouring in.

Matthew: Congratulations on most likely sending another girl down the path of bulimia or maybe even that unnamed “eating disorder” that you struggled with.

Maria posted the following message and photo to her supporters:

For those who have supported me and follow my site and this page I want to say THANK YOU. You know who I am. You know I have stretchmarks. I have excess skin. I get depressed. I’m often overwhelmed and I’m not always motivated to eat healthy and exercise. But, I do it. I may splurge on chocolate or miss a workout – but I never stop, I never quit, and I never stop striving. I am a real mom, with real obligations and this is a real picture of me – excess skin and all – saying YOU are beautiful. Motherhood is beautiful. AND it can make you better! 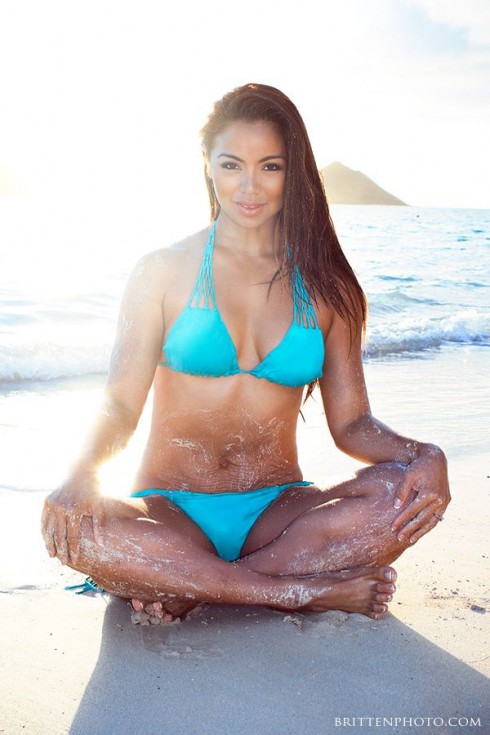