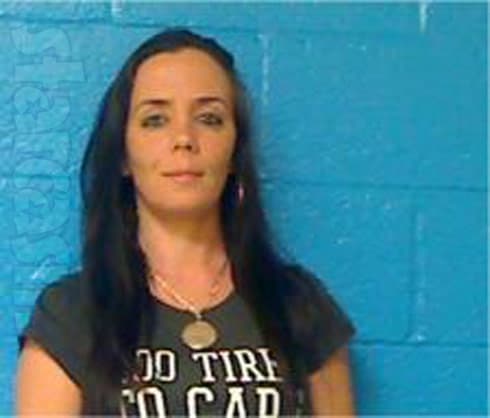 Less than two weeks after Gypsy Sisters star Angela Malone (aka Annie Johnston) shared photos on social media of a Louis Vuitton bag and Armani sunglasses she purchased on a trip to New York City, the 31-year-old was arrested and charged with multiple felonies, including Exploitation of an Elderly or Disabled Person’s Trust.

Annie was arrested along with two others in Halifax County, North Carolina earlier this week and is currently out after posting a $400 bond. (Actually, someone else posted the bond, but more on that controversy in a minute.)

According to online court records, Annie has been charged with the following — all of which are felonies:

As I mentioned, Annie was later released after her cousin (and Gypsy Sisters co-star) Mellie Stanley posted her $400 bond. Or did she? Mellie’s niece Dallas claimed it wasn’t Mellie who footed the bill, but was TLC, who is reportedly currently filming some of the stars of Gypsy Sisters either for a reboot of the show or new episodes of My Big Fat American Gypsy Wedding.

Mellie heard about the TLC claims and shared this literal receipt showing she paid a North Carolina bail bonding company $400 via netSpend: 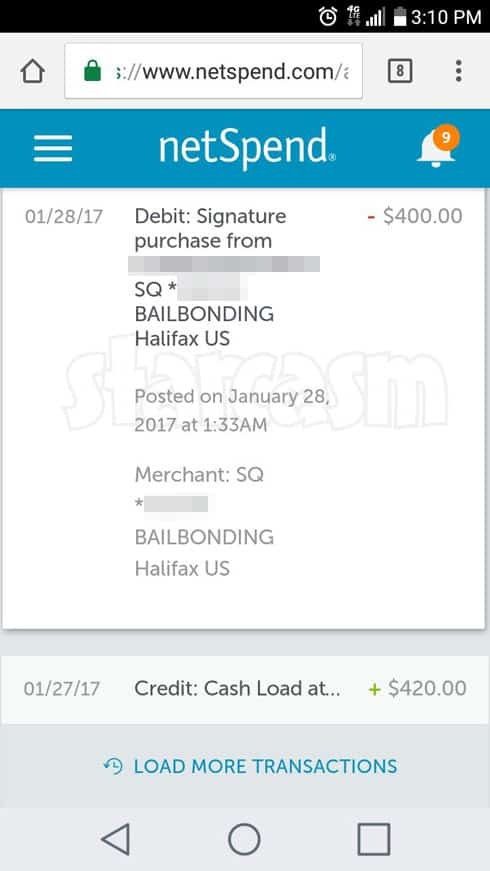 Commenters pointed out that it could have very easily been TLC that gave Mellie the money to bail out Annie — especially if they are filming and need to keep the fourth wall intact. That theory is backed up by the fact that Mellie was stranded in central Texas earlier this week after her (or someone’s) car broke down. She was soliciting places to stay near Austin on Facebook, and clearly did not seem like someone who had $400 cash laying around. Also, Mellie reportedly just flew back to West Virginia, which almost certainly wasn’t a viable option for her — especially on such short notice.

Oh, and why was Mellie in Texas? I have no earthly idea. I only had about eight hours allotted to research this post, and was unable to get that far before the clock expired.

Back to Annie’s incarceration… 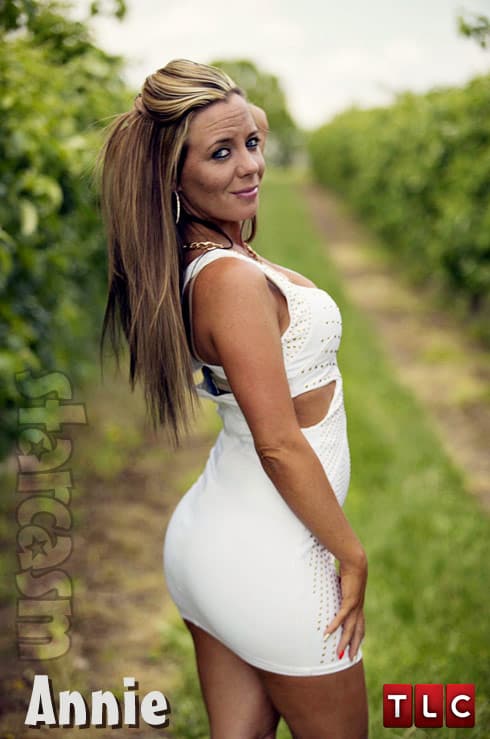 As with any Gypsy Sisters post, there are many layers of connectedness between the players involved here. I spent too many hours trying to piece it all together, and I still don’t feel confident at all that I have figured out all the ways these folks are connected. That being said, here is what I did come up with, thanks in large part to the diligent documentarians on several Gypsy Sisters drama Facebook pages:

A man named Jay has gone back and forth being in relationships with both Annie and Dallas. Jay has two children with Dallas, but during his most recent stint with Annie, the two got married. Jay later left Annie and went back with Dallas in October, just before Dallas gave birth to her daughter London.

Dallas recently posted a conversation she had with Annie via Facebook in which Annie was trying to track down Jay’s address so she could serve him divorce papers. Annie’s motivation for getting the divorce finalized is because she wants to get married to 19-year-old Elisha “Lushy” Cooper, who is currently behind bars in New York. Lushy has a February 2 court date and Annie is hopeful that he will be released soon and they can make their relationship just as official as their recently deleted “Lushy N Annie Cooper” Facebook page.

As evidence of her optimism, Annie Instagrammed a photo of a coffee mug on Sunday that read “Future Mrs. Cooper.” She captioned it with this message:

And these photos of a Luis Vuitton bag and Armani sunglasses were posted by Annie earlier this month while on a trip to New York — during which I assumed she paid a visit to her future hubby Lushy: 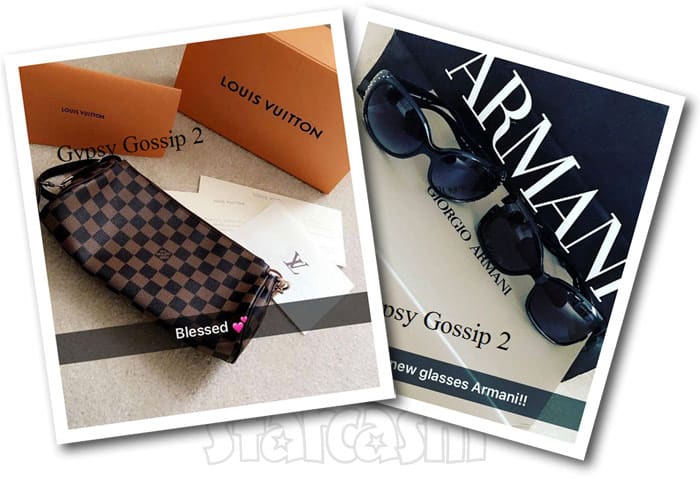 It is unclear how (or if) Annie’s recent arrest will impact the timeline for her divorce from Jay and marriage to Lushy.

Speaking of Lushy, he was previously engaged to Annie’s alleged partner in crime Jett last year.

Lushy is also the brother of Jett’s husband Dick “Bubba” Cooper, who was the third person arrested with Annie.

Lushy and Bubba are also brothers to Douglas Cooper, who is currently dating Gypsy Sisters star (and Annie’s sister) Kayla Williams. Here is a photo Annie posted with her “sexy double bro in law” Doug: 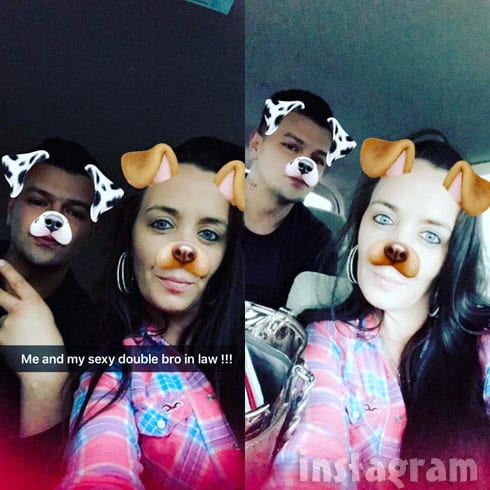 There is a lot of information about exactly what the alleged crime was that Annie and her pals committed, but I won’t share those specifics here until they are confirmed in a police report or in court records. I will say that they seem to line up with the charges described above in that an elderly person and fraudulent checks were involved. (It should be noted that a lot of this information was posted prior to Annie’s arrest.)

OK, that’s all I can give you! I’ve been blogging about celebrities for eight years now, and there is absolutely NOTHING as exhausting and draining as a Gypsy Sisters post! As soon as they offer a Pulitzer Prize for tabloid journalism, I’d love to toss my hat into the ring for my Gypsy Sisters oeuvre over the years. 😉

Speaking of my Gypsy Sisters oeuvre, for clarification on how all of the main characters from the show are related (including Annie, Kayla, Mellie, and Nettie) be sure to check out our Gypsy Sisters Family Tree post. I confess I had to reference it just to refresh my memory for this post.