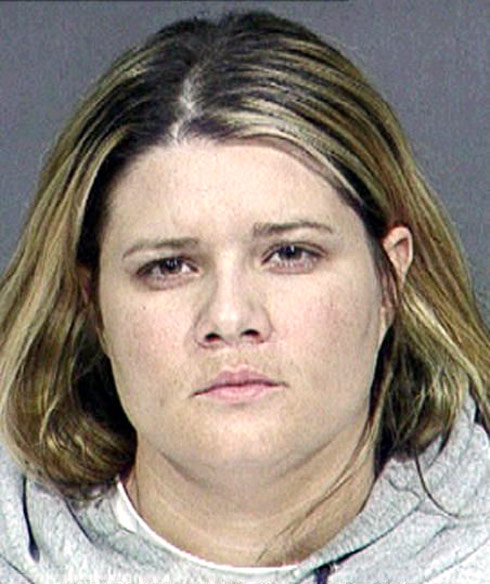 VH1’s Mob Wives leaves a few facts out about Karen Gravano’s past. They focus on the fact that some of the other wives, Renee Graziano in particular, are unhappy about the fact that Karen’s dad “Sammy the Bull” Gravano was a mob turncoat, but that’s not where his (and Karen’s) criminal past stops! 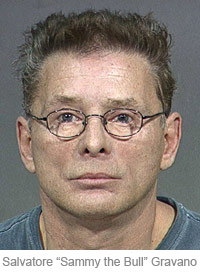 After Gravano helped the feds take down John Gotti and served a reduced sentence, he fled to Arizona. Sometime later, Karen Gravano left New York to join her family in Arizona, where she says she became an aesthetician and opened up a spa. The detail she left out is that in 2000 her, her dad, her brother, her mother, and 32 other people were slapped with drug charges for running an Ecstasy ring in Arizona. Karen and her mother were sentenced to probation.

Authorities claimed that the ring moved 25,000-30,000 Ecstasy pills in the Phoenix area. The leader of the ring, was then-24-year-old Michael Papa, who also led a White Supremist gang called Devil Dogs.

Sammy, who is serving 19 years in jail, told the Arizona Republic that he was “stupid” and he only joined in with the drug ring to be closer to his son Gerard, who he says was using his name without his permission to help run the drug ring with his friend Michael Papa. Gravano also had a strange definition of the word illegitimate:

Son Gerard received a nine year sentence. Interestingly enough, Gravano, one of the world’s most famous turncoats, who made a plea deal to serve only five years when he was connected to a long string of murders, blamed turncoats for getting a harsher sentence than everyone else involved in the Arizona Ecstasy ring. He said of Papas, and the others: “They all flipped to use me as a meal ticket to get out.” He also said that he overstated his role in the ring to save his son, who originally faced a life in prison sentence. Gravano claimed that despite reports otherwise, they only made $25,000 from the operation.

Drita D’Avanzo wants to fight Farrah Abraham in UFC cage match, Kail Lowry also willing to get in the ring