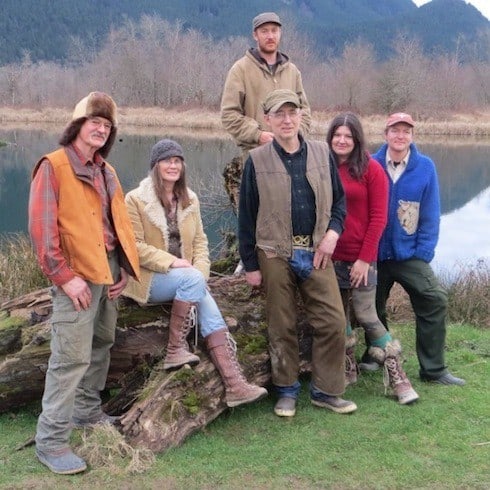 The Alaska The Last Frontier Season 6 finale culminates what was probably the Kilchers’ most dramatic episodes yet–something Atz Lee and Jane both winked at with their final Season 6 social media updates.

Last week, we brought you news of the major stand Jane took on Facebook against the show’s detractors, many of whom have been predicting the demise of she and Atz Lee’s relationship since Season 6 began. With the question of whether or not Jane would make the trek out to the new house with Atz still up in the air, Jane decided to get out ahead of any premature speculation and remind haters that her love for her husband was never in doubt.

That update resulted in an outpouring of support from Alaska TLF fans, many of whom noted that the show’s producers sometimes edit things to look perhaps a bit more dramatic than they actually are. It’s a sentiment that Atz Lee appears to share, as his most recent Instagram update thanks the show’s fans for their continued support, nods toward the extra Season 6 drama–and seems to suggest that Jane will in fact make the trip out with her man:

I hope everyone enjoyed this season of #alaskathelastfrontier . There was a bit more drama than there needed to be in my opinion, but what do I know about editing tv? I hope y'all enjoy the season finale and please know how great full my family is for all your support and commitment thru the years. The show wouldn't exist without the fans???

Jane remains mum on the issue as well, though she did use a brief fan Q&A to explain why she thinks Atz felt the need to build a brand-new cabin when he and Jane already share a nice home:

The show’s renewal isn’t a huge surprise–as we’ve noted before, Alaska The Last Frontier is one of Discovery’s two or three top-rated shows, and regularly the #1 show on the network. But it’s good to see Jane’s update regardless!