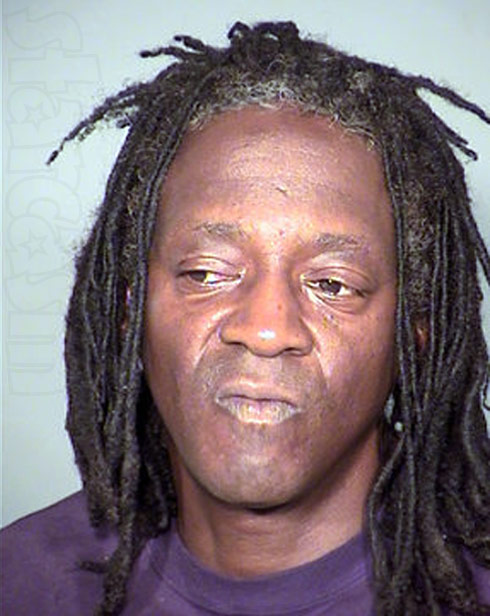 No boyeee!!! Clock-necklaced rapper, reality star, and former fried chicken restauranteur Flavor Flav was back behind bars today after a Nevada Highway Patrolman pulled him over for speeding down the freeway in Las Vegas just after midnight.

Highway Patrol spokesman Trooper Loy Hixson says Flav was determined to be driving under the influence.

Never one to do anything halfway, Flavor Flav was also charged with misdemeanor marijuana possession; having an open container of alcohol; and driving on a suspended license with a suspended registration.

Flav’s attorney, Kristina Wildeveld, was contacted by the Las Vegas Review-Journal, but, at the time, all she could say was: “I don’t know enough yet to comment on anything.”

As fans of Flavor Flav surely know, he is no stranger to police booking cameras. Here are some of his former run-ins with the law, as well as one of our favorite Photoshop images of all time–let’s say it’s in honor of Throwback Thursday!

October 17, 2012 Flavor Flav arrested for assault with a deadly weapon