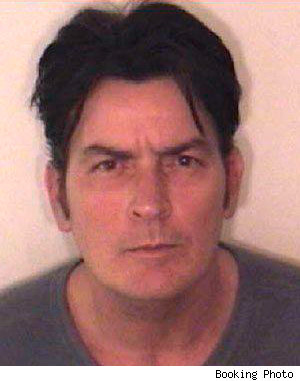 UPDATE – It’s now being reported that Brooke Mueller was extremely drunk when she made the 911 call this morning. CLICK HERE to read the details.

UPDATE – Charlie Sheen released! That was quick! CLICK HERE to read the official press release from the Aspen Police Department.

According to press releases issued by the Aspen Police Department and the Pitkin County Sheriff’s Office, Charlie Sheen was arrested in Aspen, Colorado this morning for second degree assault, felony menacing and criminal mischief after a domestic dispute with his wife Brooke Mueller. (See the Brooke Mueller photo gallery and read a brief bio of Mrs. Sheen HERE.) Details are still sketchy at this point, but Sheen’s publicist, Stan Rosenfield says, “Do not be mislead by appearance. Appearance and reality can be as different as night and day. It would benefit everyone not to jump to any conclusion.”

It appears to be a clear case of domestic abuse, but there is some dispute over who was the aggressor. According to the press releases, Mueller made the 911 call at 8:34 AM and police arrested Charlie Sheen, the 44-year-old actor and star of Two and a Half Men, on the scene. The question mark is who started the dispute because Sheen reportedly told police that he was just defending himself against Mueller’s attack.

NOTE – I adjusted the contrast of the original mug shot because it was so washed out. Here is the original: 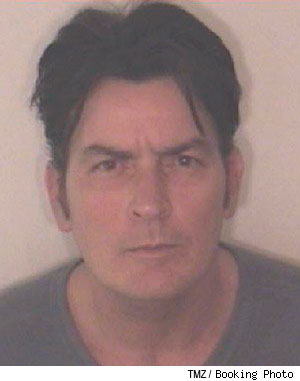