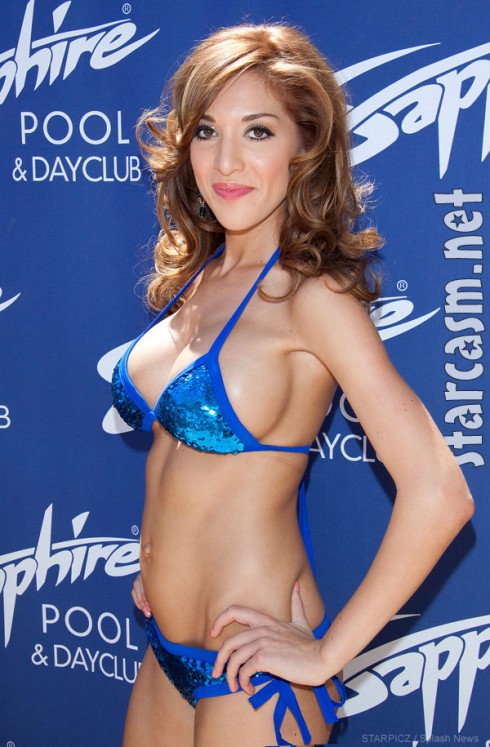 Radar Online confirmed with Farrah Abraham that she checked herself into an outpatient Florida rehab program late Sunday night to deal with alcohol abuse.

At this time in my life, I need to stay focused on the positive to get through all of the negative that a DUI has caused in my life. I’m 22 and I want to make better choices and ensure I can recognize when I am putting myself in a bad situation next time.

Farrah received six months probation for her March 2013 DUI arrest, and was required to participate in an alcohol education program. Radar got access to some of the notes the director of the program made about Farrah. According to the documents, Farrah “had difficulty making eye contact, was standoffish and was sarcastic when answering the questions asked of her . . . Ms. Abraham does meet the criteria for substance abuse.”

Because Farrah’s rehab is outpatient, she will be able to go about her daily life, but will be monitored by a “sober companion.” She was recommended by the doctor to get 60 hours of intensive outpatient treatment followed by a full year of aftercare. The program is estimated to cost Farrah $12,000.

While Farrah participates in this Florida program, Farrah’s four-year-old daughter Sophia will be staying with Farrah’s father Michael Abraham in Texas.

UPDATE – Speaking of Michael, he addressed Farrah admitting herself to rehab with a post on Facebook today:

You can’t always control what happens to you I the game of life , but you can control how you respond…

That was followed by a couple reactions to the inevitable hateful comments being made by people online:

For the judgmental people you have your right to your opinions but keep them to facts not “stories” or BS you make up. As to education Farrah is still working on her degrees, as to be a providing parent – she does provide love and pays her and her daughters living. She is also busy with other business …

Sorry people … I’m a thick skinned person but the BS I have to put up with from people ….. Not from my daughters choices … But from pure sick people really messed up my day. Heck a person is trying to improve herself and the “haters” still can find bad in a good action. Oh well I guess I will but faith in my hope for these people.

Michael responded to those comments by writing:

Yes but people are NOT commenting on FACTS but their personal opinions …. Yes the video is out there … And if these people read the facts their is more to Farrah than the video… As to being “over” or can’t make it… She has worked “day jobs” or normal jobs just like everyone else… Or harder to insure Sophia had a roof over her head and food on the table… And being in the public eye does not give others the right to slander a person.

We here at Starcasm have always been big fans of Michael and we really can’t imagine how difficult it is to have to read and hear such harsh criticisms about your daughter, not to mention dealing with the fact that there is a VERY explicit video of her out there available to purchase legally. That being said, Farrah is playing the “no publicity is bad publicity” game for a living, and with that comes the inevitable negative commentary — with “negative” being an overly pleasant term for what folks say on the internet.