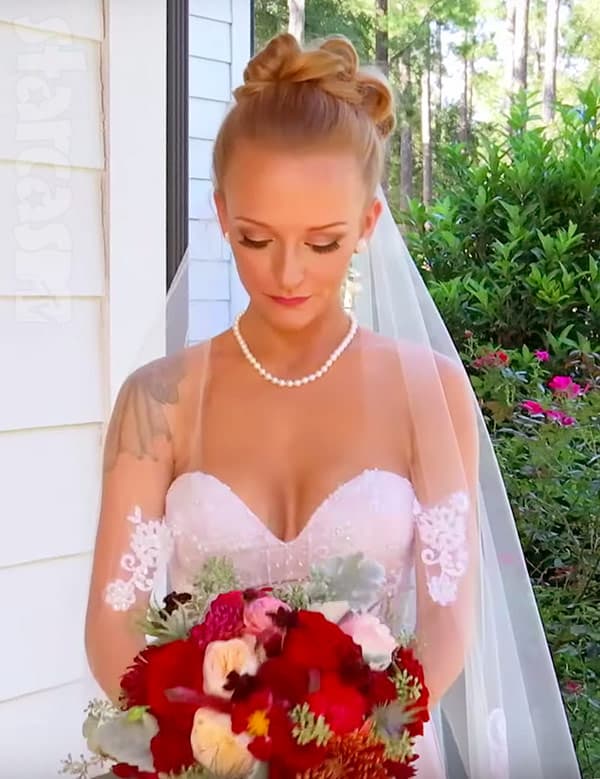 This Monday is the Teen Mom OG Season 6 finale, and judging from this week’s preview clips, the episode will not disappoint! Tyler Baltierra’s dad Butch finds himself back behind bars again, Farrah Abraham finally meets her mom Debra’s doctor fiance, Amber Portwood gets nervous about her upcoming “mommy makeover” surgery, and of course — MACI’S WEDDING!!!

We’ll kick things of with a little “bad news, good news” video. The bad news is that Tyler’s dad Butch Baltierra gets arrested yet again after being out of prison and sober for more than a year. You’ll have to wait for the good news…

The good news is that Tyler says Butch’s arrest was only for missing a parole meeting. Tyler goes on to say that he isn’t sure exactly what happened, which might explain why Butch was actually charged with driving on a suspended license. (You can read more about his arrest here.) Either way, as far as Butch Baltierra arrests go, this one is waaaaaaay down on the concerning scale!

Next up we have one of reality TV’s most contentious mother/daughter relationships featured yet again as Farrah Abraham is introduced to her future stepdad, Dr. David Merz — who apparently has no problem being completely honest and to the point:

After Farrah and Dr. David awkwardly hug and have a seat, Simon Saran kicks things off by giving David a pseudo-backhanded compliment. “I gotta definitely say…I think you bring out the best in Debra. She’s like nice and calm and less tense.”

“No,” Debra’s fiance responds. “I don’t bring the best out in her — she’s always the best.”

David then reveals he is no stranger to Teen Mom and he is not a fan of how Farrah treats Debra on the show. “She’s been through a bunch of s***, and she gets all this stuff thrown at her. I’ve watched Teen Mom,” he continues. “It hurts me because I know her and GRRR GRRR! Why are they doing that to her? You know, beating her up?”

Farrah seems perplexed about what David is suggesting. “What do you mean in regards to beating who up, or what up, or down up, or where what?” 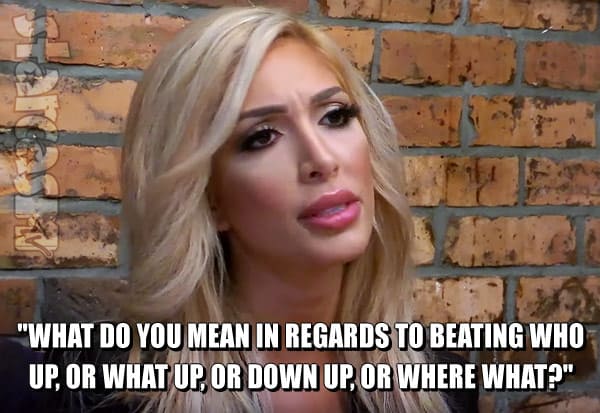 “You know what?” Farrah asks. “I’m not in control of negativity.”

“No, no, no,” David interjects. “You are, because you’re the one that says it.” (Debra is silently beaming during this entire exchange.)

The conversation wraps up with David pointing out to Farrah that Debra loves her, to which Farrah responds by saying “and I love my mom.” David says that he is just being honest.

I know some folks are trying to get Farrah off the show, but I gotta say that I cannot wait for Teen Mom Season 7 to see more of this relationship quadrangle between Farrah, Debra, David and Simon! Can you imagine what Farrah is going to be like while Debra is planning the wedding?! 🙂

Next up is Amber Portwood, who revealed in the last episode that she is planning to have “mommy makeover” surgery. In this preview clip, she and fiance Matt Baier are headed to the hospital, and Amber is a bit nervous:

After Amber expresses her anxiousness, the video then shifts to “home video” footage of Amber after the procedure as she struggles to walk around the hospital. We then see Matt at home the next day talking to his cousin on the phone. Matt says that Amber’s recovery has been harder than they expected, adding that she has been laid up in bed. Then, the conversation turns to Matt’s book.

(It seems odd to me that MTV keeps filming scenes with Amber and Matt sitting in fold-up lawn chairs in the garage — what’s that about? Plus, I noticed that Matt was wearing a ring on his left ring finger. Is that something new? To answer my own question I looked back at some older videos and it appears that he has been wearing it for most of the season. He didn’t have it on at the tattoo parlor, but I spotted it in pretty much every episode after.)

Last up we have Maci’s wedding, which has minimal dialogue. Here’s the clip with some of my favorite still images: 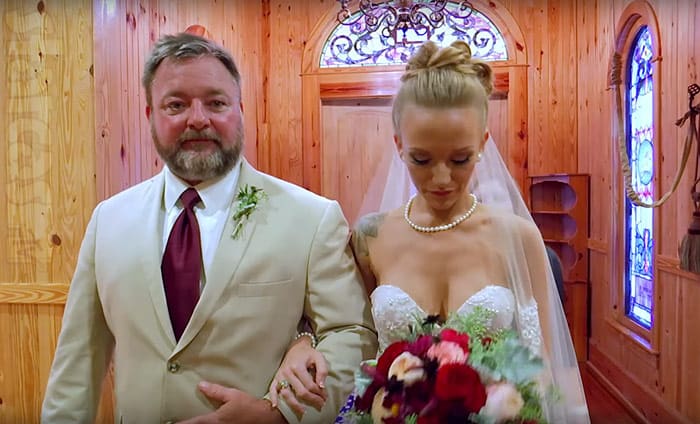 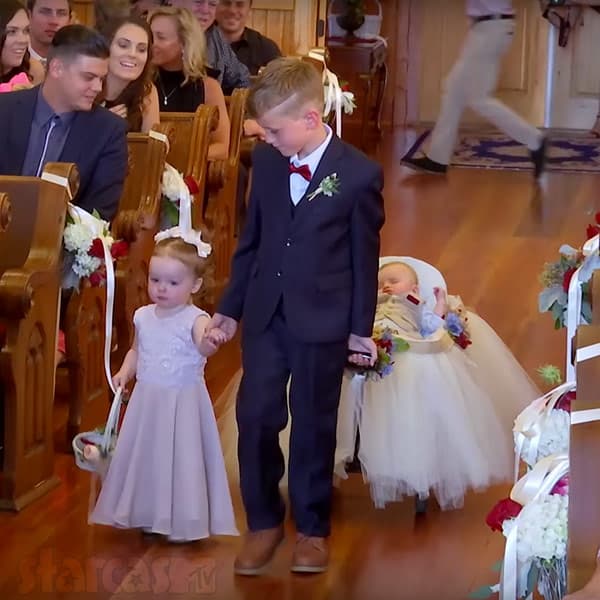 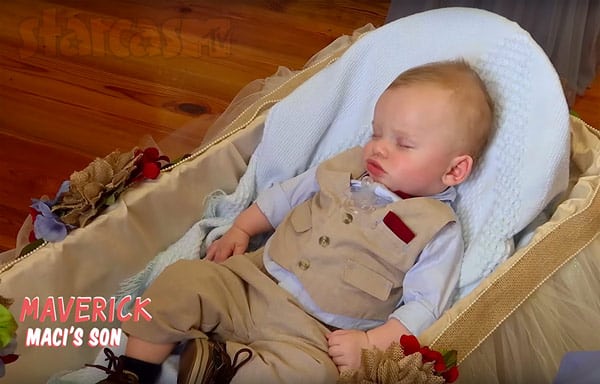 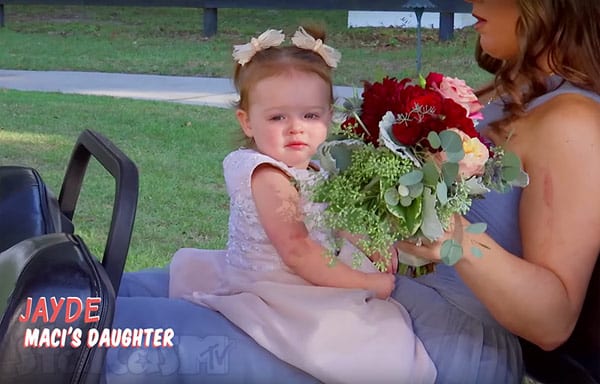 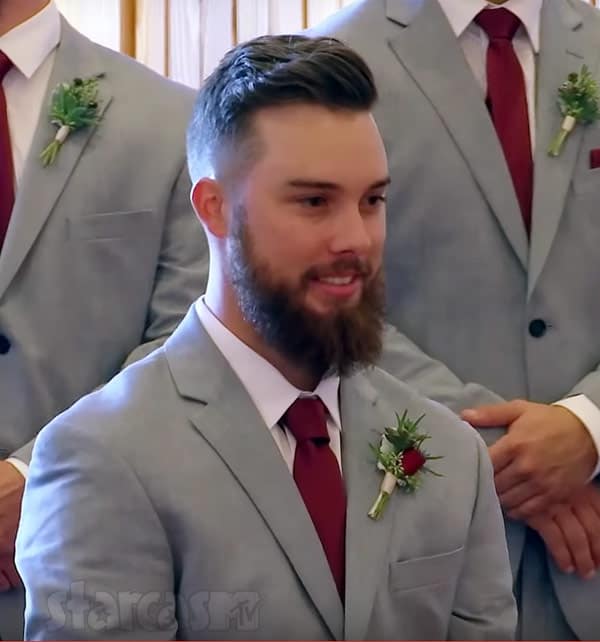 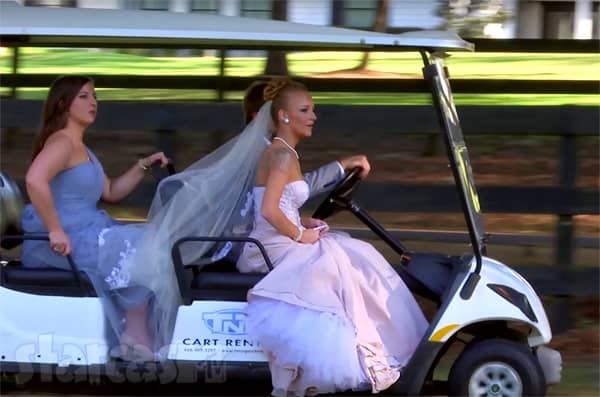 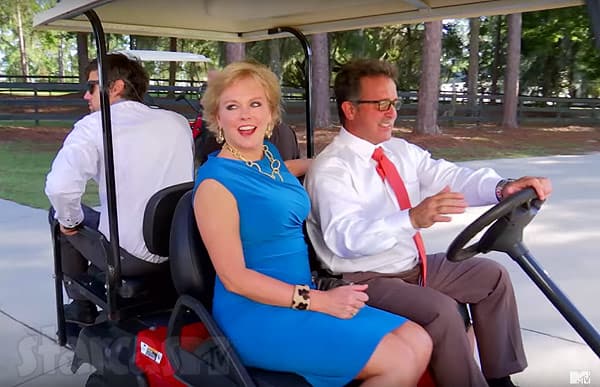