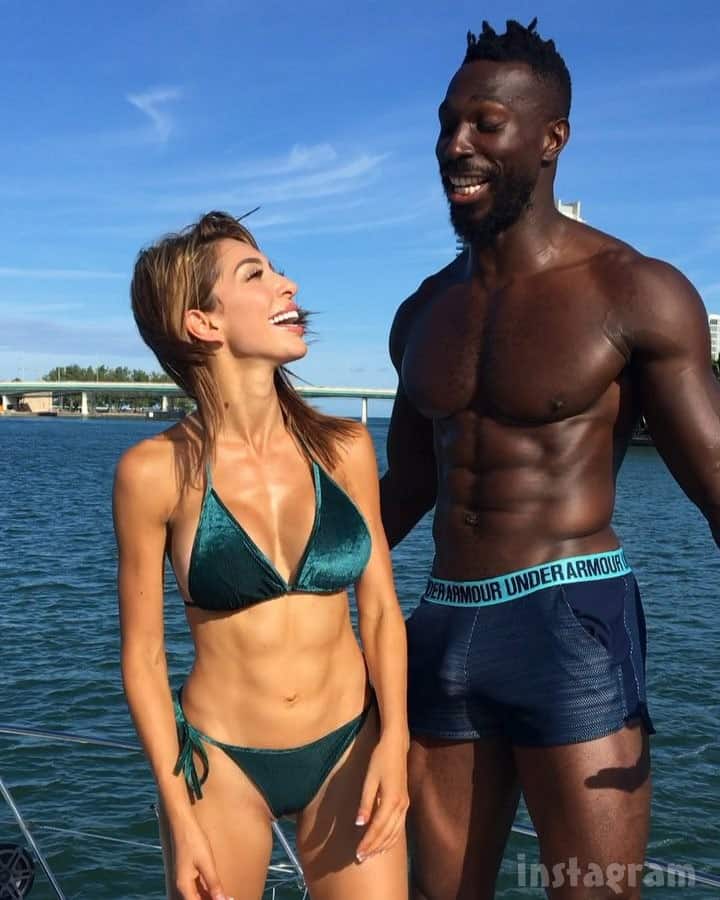 Former Teen Mom OG star Farrah Abraham is reminding all of us that you can’t spell “Abraham” without “ab” as she showed off her super-toned six pack in Miami earlier today while training for her upcoming celebrity boxing match with Nicole “Hoopz” Alexander and promoting an upcoming appearance in Florida.

“Look at us & our Abs ?” Farrah captioned a video with Miami trainer Tony Thomas. Farrah then goes on to reveal that she will be co-hosting a Fitness Kittenz event at Maham Yoga Studio Friday morning at 9AM along with Tony and Starr Hawkins.

And just in case you were wondering how Farrah has managed to get her six-pack abs, she posted another video aboard the boat with a sampling of her workouts, including some ab-intensive punching exercises:

I will admit that I was a bit skeptical when it was first announced that Farrah would be stepping into the boxing ring back in July, but I have to give her credit for SERIOUSLY focusing on her training in preparation for the match! She has been constantly at the gym (as evidenced on social media), and she looks way more fit than a couple months ago. And I’m not talking just about weight loss, but toned.

Well, most of her seems more toned — her posterior looks like it might somehow be moving in the opposite direction.

Farrah only has a little more than two weeks left before she heads to Atlantic City to fight Flavor of Love Season 1 winner Nicole “Hoopz” Alexander, and something tells me that Farrah’s Vegas odds have improved quite a bit over these last few weeks. I would guess that Hoopz is still the odds-on favorite to win, but Farrah is definitely narrowing the gap!

Oh, and if you were bummed that you wouldn’t be able to see the celebrity catfight of the year, you may be in luck. As we announced earlier this week, celebrity boxing promoter Damon Feldman recently announced he signed a deal with cable TV conglomerate Viacom, which owns numerous networks like MTV, VH1 and BET. He also revealed that Teen Mom 2 dad Javi Marroquin will be a commentator for the televised bout!

Regardless of what happens with the Viacom deal, the bout also looks to be available via FITE as a $19.99 pay-per-view event.

So who’s your money on? I think I might be putting my $20 on Farrah simply because I think she will do better than most people think. (What’s the equivalent of covering the spread in boxing?)

The Farrah Abraham versus Nicole “Hoopz” Alexander boxing match goes down Saturday, November 10 at the Showboat Casino in Atlantic City. You can still get tickets here. Stay tuned for an announcement on how you might be able to see the boxing match on a Viacom network!

PHOTO Amber Portwood and her dad Shawn Portwood at the airport