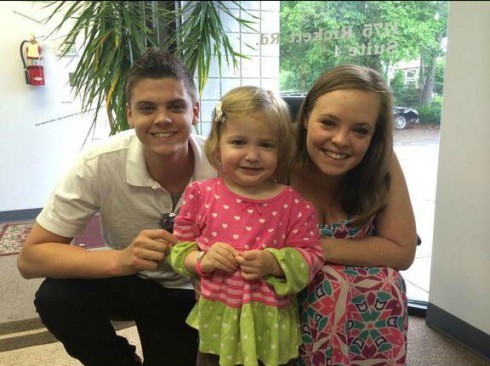 Teen Mom‘s Catelynn Lowell and Tyler Baltierra recently announced they will attend Teen Mom 2‘s Kailyn Lowry and Javi Marroquin’s Pride Over Pity book signing on July 13 in Brighton, Mich. All proceeds from the event will go to the Strzalkowski family — and with a double-dose of MTV stars, hopefully a lot of fans will show up!

“If I can do events like this and draw the public’s attention to a little girl in need, that’s what we were put in the spotlight to do,” Tyler told The Livingston Daily. “It’s one of those things that really tugs at the heartstrings and really motivates you to do something like this event.”

Catelynn, who recently met Amie with Tyler, added, “She’s got this personality that absolutely captures you, and it just made me want to help her and raise as much money as I possibly can to help this little girl.”

Amie has rhabdomyosarcoma, a rare form of cancer that recently spread to her brain. According to her parents’ blog, Amie was diagnosed shortly before her second birthday. She’s since undergone two surgeries to remove “golf-ball-sized tumors.” Although the most recent operation was in April, Amie’s family fears she’s already showing signs of a returning tumor. 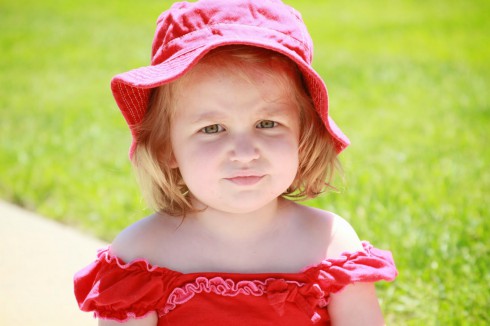 “We are trying to enjoy what we have right now,” Amie’s mom, Shelley, told Livingston Daily. “When she is happy and having a good day, it’s a good day for me. And there’s some days that are really hard.”

Adding to the family’s stress are financial and time burdens: While dad Jason continues to work as a middle-school teacher, Shelley quit her job to balance Amie’s regular doctors appointments and care for their other daughter.

“We are regularly touched beyond belief by people’s kindness,” Shelley said. “People have really reached out — people we don’t know, people we do know.”

She added Catelynn and Tyler were the ones who contacted them. The MTV stars are working with The LinkFund for the event. Admission is $4 — which is an undeniably worthy fee if you’re in the area and able to go!