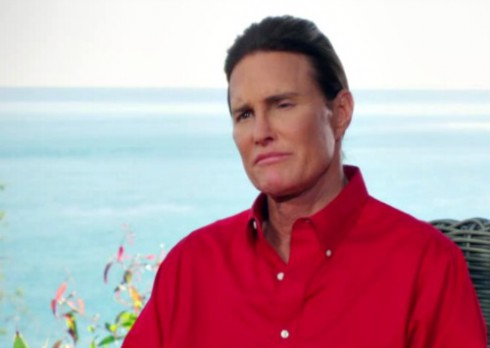 Bruce Jenner first opened up about his gender transition in a must-watch interview with Diane Sawyer last month. Then, in a special episode of Keeping Up With the Kardashians, he explained what he’s going through to his daughters and cleared up some questions about his plans. This summer, he will continue to document his journey–just more on his own terms.

“E! will premiere a new documentary series with Bruce Jenner living his life as a transgender woman,” the network announced of the yet-unnamed show in a press release today. “The series will tell Bruce’s intimate story and will join him as he seeks out his ‘new normal.'”

Whereas the KUWTK special was filmed last winter, the series will be a more current look at the reactions Bruce has received from family, friends, fans and critics. More from the network: “Living for the first time as the person he feels he was born to be, the docuseries will also explore what Bruce’s transition means for the people in his life and how those relationships are affected, while offering a better understanding of the challenges those in the transgender community often face.”

The eight-part, one-hour show will premiere on Sunday, July 26 at 9/8c. That same month, Bruce’s son Brody Jenner will debut his own show on the network, Sex With Brody, which is based on his podcast by the same name.

“Joined by relationship therapist and author Dr. Mike Dow and actress and comedian Stevie Ryan[,] the roundtable talk show will get hot and heavy around the topics of love, relationships and sex,” the network said.

Speaking to People this week, the self-described “sex connoisseur” said he would love to have Khloe Kardashian on the show during the initial four-episode run. Brody also said viewers can expect some laughs in addition to real suggestions.

“I give my advice,” he said. “Sometimes it’s not the best advice, though I think it is. It’s just what I would do. I say some pretty wild things.”

Who is Brody Jenner’s girlfriend Kaitlynn Carter? (Plus, Brody is a DJ now)

Star magazine articles on Bruce Jenner being transgender, cross dresser date back to 2012