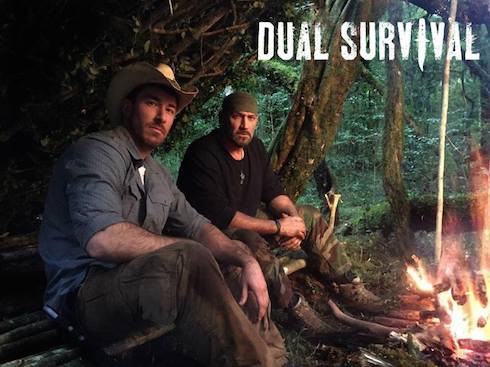 Did Dual Survival get a new guy? That’s the question on the minds of many of the Discovery hit’s viewers, as Season 8 kicks off with two more brand-new figures at the helm. Fan-favorite Grady Powell, who had become increasingly popular over the past two seasons, has bowed out, making way for hosts new to Dual Survival but familiar to fans of another popular Discovery show.

As we first reported several months ago, the show’s producers promised big changes to come over the summer months: the plan appeared to be to drop Bill McConnell, whose presence seemed to wear on many of the show’s fans, but to keep Grady, and to pair him up with a revolving cast of characters. Judging by the feedback this move received on social media, many Dual Survival viewers looked forward to seeing what challenges might unfold by having the steady presence of Grady Powell match up with someone new every few weeks. And, indeed, that seemed to be the way things shook out, for a few episodes–Grady’s adventure with Bo McGlone, pictured below, were especially well-received: 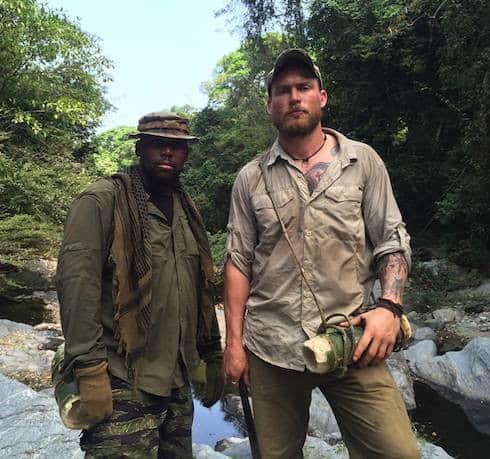 However, those same fans appeared to be bewildered and dismayed by the following Instagram update from social media regular Grady, which came (by his own admission) out of the blue and seemed to state that his own time on the show had come to a close:

My final episode of @dual_survival is on in 10 minutes on @discoverychannel myself and @therealbomacfly are hitting Cuba! Tune in!

Shortly after that update, the show’s official page listed EJ Snyder and Jeff Zausch as the “new hosts” of Dual Survival (though Grady and Season 8 companion Josh James are listed beneath EJ and Jeff). The new hosts’ inclusion didn’t come as a complete surprise, as they had been mentioned in the same Season 8 preview that suggested Grady would be teaming up with someone new every week–and many Discovery viewers remembered the pair from their many appearances on Naked And Afraid. What seemed to stun fans more than anything else was Grady’s outright departure, just as he was becoming more and more popular among viewers.

For those of you keeping tabs at home, then, EJ and Zach are the ninth and tenth hosts in Dual Survival‘s eight-season, six-year history. In addition to that head-spinning fact, consider that no pair of hosts has lasted more than two seasons for the entirety of Dual Survival‘s run. Here’s a breakdown of who hosted the show when:

RELATED ARTICLES: Where is Cody Lundin from Dual Survival now?

(Photo credits: Did Dual Survival get a new guy via Discovery)