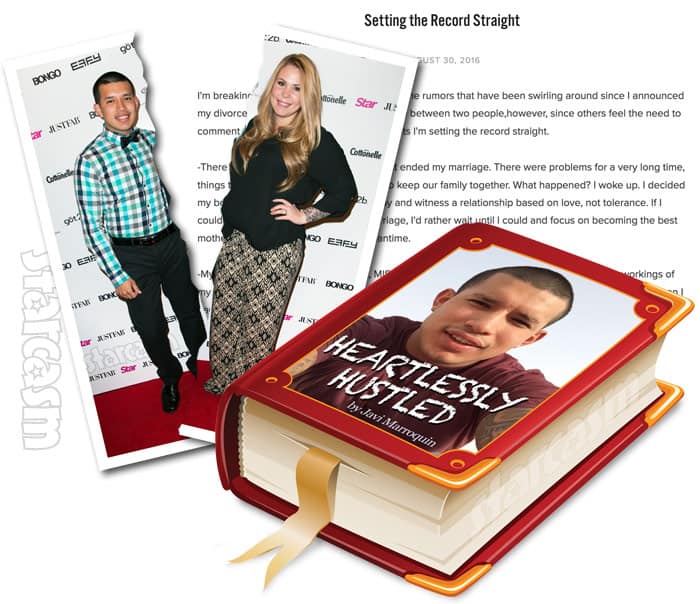 Teen Mom 2 stars Kail Lowry and Javi Marroquin have been separated since December, but the pending divorce wasn’t confirmed until May of this year. After that paparazzo confirmation from Kail, it has been a constant “subfeud” between the two estranged spouses on social media in which they don’t mention one another by name, but constantly hint and insinuate negative things about each other. (And whenever the hints, insinuations, song lyrics, quotes, etc. are supposedly not about the other, they get angry at folks who assume they are.)

Annnnyways, Kail apparently had enough of all the subdrama and articles based on false claims from “friends” and “inside sources,” so she shared a blog post titled “Setting the Record Straight” on KailLowry.com.

“I’m breaking my silence and addressing all of the rumors that have been swirling around since I announced my divorce months ago,” Kail begins. “A marriage should be between two people,however, since others feel the need to comment on it constantly with false statements I’m setting the record straight.”

The first thing Kail tackles is the reason for her split from Javi, which was rumored to be because one or the other or both of them cheated. “There was nothing specific or dramatic that ended my marriage,” Kail says. “There were problems for a very long time, things that we swept under the rug to try to keep our family together. What happened? I woke up. I decided my boys deserved to see their mom happy and witness a relationship based on love, not tolerance.”

Wait a minute, “things that we swept under the rug?” Uh oh. #redflag

Fans of the show will remember that things seemed to start to go really wrong after Kail suffered a miscarriage and Javi was anything but supportive. Kail says that their relationship was already strained by then, but adds that Javi’s reaction sure didn’t help things. “My MISCARRIAGE, let me repeat that, MISCARRIAGE (since some apparently know the inner workings of my uterus and said I had an abortion) just added to the problems in my marriage/soon to be divorce when I had no support through the grieving process,” Kail reveals. “I had blame, anger, and shame but no support.”

Later, Kail says that since she filed for divorce in December that both she and Javi have seen other people. She also reveals that reconciliation is something that they have both considered. “Were there times we contemplated getting back together? Hell yes. I wanted to keep my family together.”

But, the positive effect of keeping the family together was outweighed by the negative effects of the relationship. “I felt trapped in my own life for a long time,” Kail says, before doing the hint thing again: “There was also too much outside involvement in the marriage since the beginning, and it has continued up until this point. I made the decision to continue with the divorce.”

Oddly, Kail made no mention of her and Javi’s differing opinion on future children, which the show made out to be a major factor in their decision to call it quits.

Later in her blog post, Kail talks about her friends that “jumped ship” on her, and she seems unconcerned. “I didn’t lose anything besides fake relationships in the process,” she says, “so I think it worked out pretty well.”

Here is her conclusion:

Unfortunately, this was a marriage that ended but there are still children involved. I have kept my mouth shut because I didn’t think we needed to involve more people during this sensitive time… And it’s the father of my child so I never want to bash him. I would never want my children to think poorly of the person I was once married to. I can’t control what the other side does, but it was time to get my truth out there… But also stay positive and vague about it.

Trying to keep it civil & mature

Of course, Javi wasn’t about to remain quiet after Kail’s blog post! Getting back to being a subsamurai, Javi simply tweeted “Lies.com” before then revealing the title of his upcoming book — as a joke I assume:

In case you were unaware, Kail’s new book is titled Hustle & Heart, so clearly Javi was just poking some fun at that. (No word if Javie plans a Heartlessly Hustled companion coloring book.) We still kinda like our suggestion: 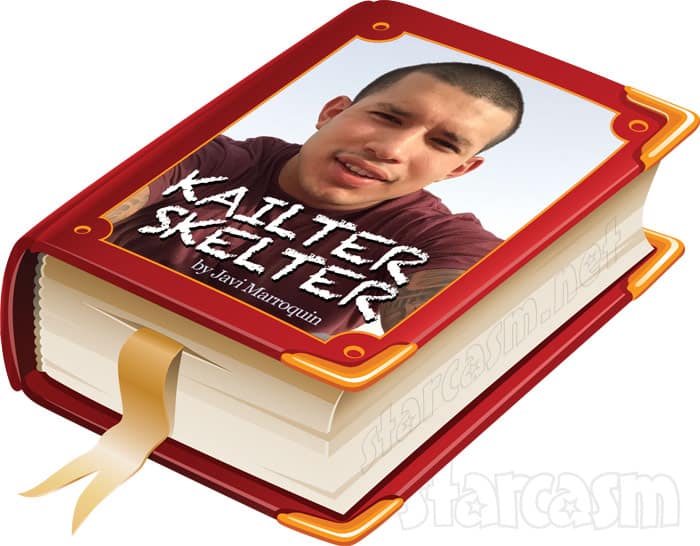 After the book title announcement, Javi then unsheathed the subsamurai’s most deadly weapon, the retweet! Here’s what he shared:

when someone begins believing their own lies………. there's an issue. goodnight folks, don't believe everything ya read on the internet?

***SIGH*** I don’t feel like I really know anything more than I did before. How about you?