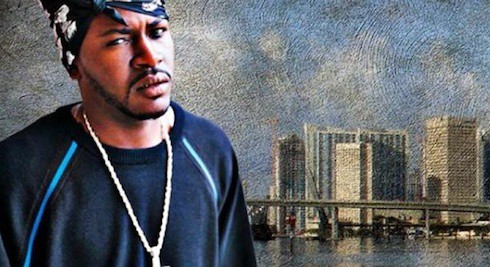 It’s been a little while since we’ve had a Love and Hip Hop Miami update–but now it looks like we can confirm the show! Rapper and noted Miami-Dade resident Trick Daddy did as much in a new interview with Bossip, in which he described creator Mona Scott Young’s vision for the show–and even dished on a couple of his fellow cast members!

TD was excited to spread the news, and all but unfurled a giant banner announcing the city in his Love and Hip Hop Miami update. “I just met with Mona last week and we’re trying to do this thing right,”  he said, adding, “Put some real Miami b!tches and real Miami n*ggas on the show.”

He added that cameras are currently scheduled to roll starting in early May.

As for his motivation, Trick Daddy explained: “I’m really doing Love & Hip Hop Miami because there’s a difference between Old Cutler money and South Beach money.” (Bossip, in a helpful side note, explained that (Old Cutler is “a sleepy highway that connects Miami to the Everglades.”) To hear TD tell it, “Old Cutler money is grandfathered in, South Beach is investors.”

And who might be joining him on LHHM? Trick–birth name Maurice Young–said part of the show will detail his efforts in grooming two up-and-coming artists, Premadonna and Mike Smith. But, whatever happens with those two, Trick is determined to avoid the high-profile pratfalls of some of his Love and Hip Hop forebears. “One thing I won’t do is make a fool of myself,” he assured fans. “If we gone make a fool of somebody it won’t be me, so it’ll be interesting.”

In addition to Trick, The Shade Room is now reporting that Trina is also set to join the cast. “A close source” confirmed the news for the site.

Earlier this year, Mona Scott Young, executive producer for the entire Love and Hip Hop series, confirmed that she was planning to expand into a new city, and that that city would almost certainly be in the south. Houston, New Orleans, and Miami were widely believed to be the three front-runners.

Though Young has yet to comment on the Bossip report, it’s still expected that LHHM will be able to debut before the end of 2016.

Who is Jen Shah married to? Husband, children, company info for RHOSLC star