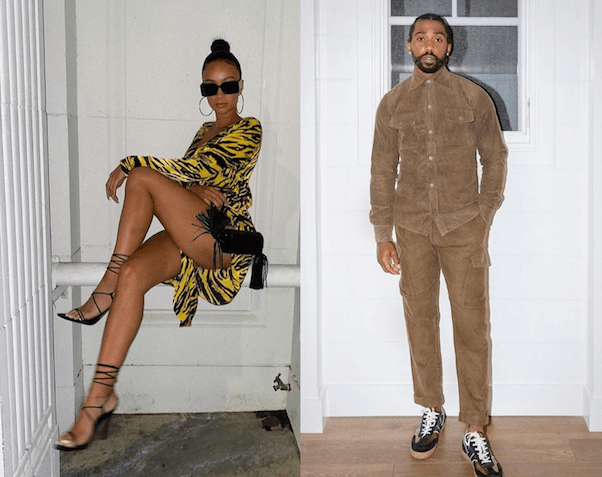 The romance between Draya Michele and Tyrod Taylor might not be on the DL anymore. The model and former Basketball Wives LA star — who may be coming back to the show — all but outed her relationship with the Los Angeles Chargers quarterback in a pair of surprising social media posts, and it looks like the two of them might be ready to take things public.

Draya, who was in a multi-year, multi-engagement relationship with NFL cornerback Orlando Scandrick until late last year, has allegedly been seeing Tyrod for months. They were reportedly spotted together on vacation in Mexico this past July. Since then, the two have kept things quieter, mostly following each other on social media and liking each others’ posts. Until the past couple of weeks, the only thing really connecting them was rumor.

That might be about to change, though. Ever since Tyrod’s freak Week 2 injury — when a Chargers team doctor, intending to administer a painkiller, accidentally punctured the quarterback’s lung — the man’s been on the injured list, meaning he’s seemingly had more time to spend with Draya.

The most recent public connection between Draya Michele and Tyrod Taylor is her response to the eye-catching leather pants pic he shared a few days ago. Draya — in a screencap via The Blast — offered the heart-eyed emoji in response, marking the first time she’s responded to one of Tyrod’s posts with anything other than just a like: 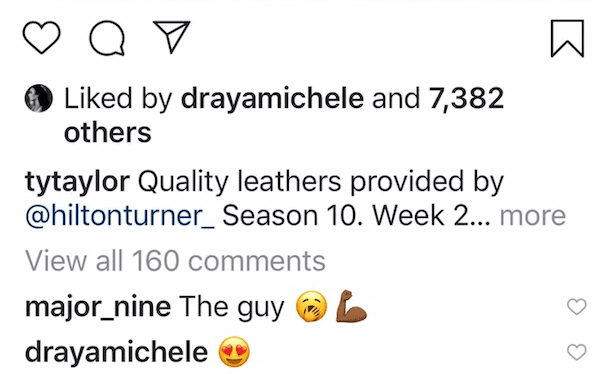 There’s also the series of pics on Draya’s IG stories, helpfully captured by The Shade Room, of Draya and Tyrod enjoying themselves at dinner a few weeks earlier. As the site pointed out, Tyrod “just happened” to be among the few guests Draya had over for an “invite only dinner party.” The timing of the celebration was especially interesting: Draya shared the pics shortly after August 3rd, which, as luck would have it, is Tyrod’s birthday.

Finally, Draya also shared a photo of herself watching Tyrod lead the Chargers to victory over the Cincinnati Bengals in Week 1.

True, a lot of these connections are through social media. Thanks to the coronavirus pandemic, though, that’s still how a lot of people — including celebrities — are getting their interaction. But if Draya Michele and Tyrod Taylor *aren’t* dating, they sure do seem to enjoy each others’ company.

Are these the first Khloe Kardashian baby bump photos?