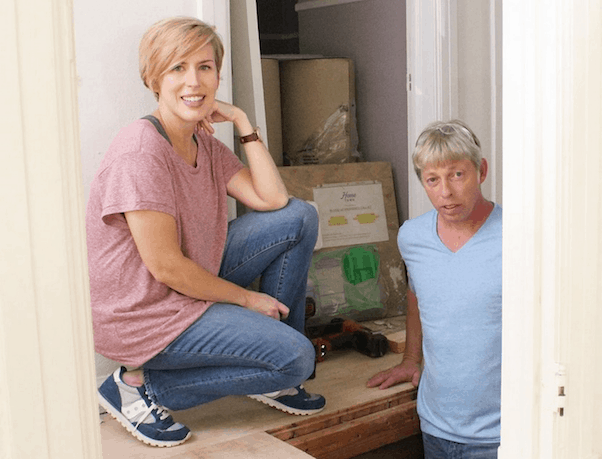 It seems a lifetime of fine floor refinishing has taken its toll on fan favorite Mike the Floor Guy from HGTV’s Home Town. Star Erin Napier recently took to social media to reveal something that Mike himself was seemingly reluctant to do: the beloved hardwood expert needs surgery to repair a long-worsening hip injury.

Now, we can’t say for sure that Mike didn’t want to ask for help. But it looks like that might be the case, given his demure demeanor and the infrequency of his own social media posts (more on that in a minute).

However, as Erin explained, the anguish of stepping away from filming Home Town Season 5 will likely be even greater than the pain of surgery for Mike. (Let’s also not forget that Erin suffered her own medical scare earlier this year.) And so she called on Home Town‘s fans to help take the sting out of the man’s wallet, at least.

Here’s Erin’s call to aid for Mike the Floor Guy in full:

America’s favorite hardwood floor restoration expert, Mike Husers (@gmhardwood), has an impending surgery to fix a hip injury from years of crouching and sanding. Walking and working are becoming increasingly difficult so let’s show Mike we love him and make his surgery cost and the 8 week recovery away from work (which will be harder for him to walk away from than the recovery itself) a little easier. Thanks far and wide to his many fans!

Once they were roused by Erin’s call, the show’s fans didn’t let Mike’s fundraising goal last very long. It took just three days for the initial goal to be met, and even exceeded: Erin capped the total amount at $19,061.

She then updated her original post thanking everyone who shared a little bit for Mike:

“UPDATE: We met the goal, and Mike’s recovery will be much easier thanks to y’all! ”

However, we may be burying the lede here. Did you guys know that Mike the Floor Guy is on Instagram? I’ve been watching and writing about Home Town since Season 1, and I had no idea! (As I half-mentioned above, Mike just didn’t strike me as the social media type.) Do yourself a favor and follow him here.

Erin and Ben’s quest for small town restoration continues with the filming of Home Town Season 5 and the concurrent filming of their inaugural Home Town Takeover in Wetumpka, Alabama. No word on whether Mike the Floor Guy is with them over in Alabama, or whether the Napiers have been working with a local floor guy instead. In any case, we wish Mike a successful surgery and a restorative convalescence.

PHOTOS VIDEOS Who is Alex The Vagina Slayer from Black Ink Crew?

VIDEO Bride’s dress stolen on her wedding day, but 911 operator saves the day