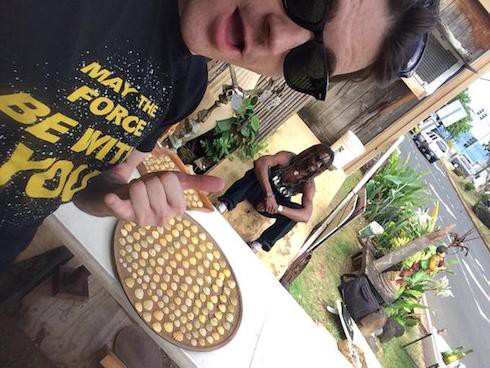 Occasional comedian and former Nickelodeon star Drake Bell has come under social media fire for what many perceive to be an anti-Caitlyn Jenner tweet. Just hours after Bruce Jenner announced his new name and appearance via the cover of next month’s issue of Vanity Fair, Bell sent out the following tweet: 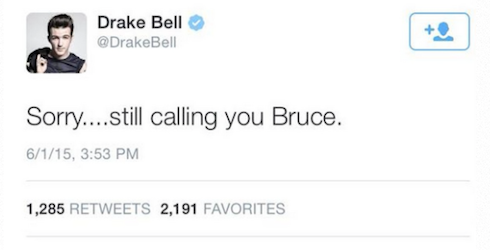 The tweet recieved a tremendous amount of (mostly negative) attention via retweets and favorites alone before Bell deleted it. It’s since becone a national story, and the social media backlash has continued:

so drake bell’s birth name is jared yet he expects everyone to call him his preferred name drake…while refusing to call others theirs..

@DrakeBell insensitive, idiotic, and ignorant are just such amazing qualities to have… ?? #GTFO #NEXT ??✌?️

@DrakeBell ok u can delete the tweet but u cant stop the screenshots…….gtg

Drake Bell made headlines earlier this year for breaking his wrist during an ill-timed dive into his backyard swimming pool. While the wrist has healed enough for Bell to resume playing guitar, he remains deep in debt. Last year he had to file for bankruptcy, and, earlier in 2015, he was reported to be $581,000 in debt.

Response to Caitlyn Jenner’s announcement has been overwhelmingly positive, with fans and celebrities alike offering support. In addition, Caitlyn’s Twitter account broke the record for the shortest time to one million followers, which she gained in four hours and three minutes. The record had been held by President Obama, who set it earlier this year with a time of five hours.