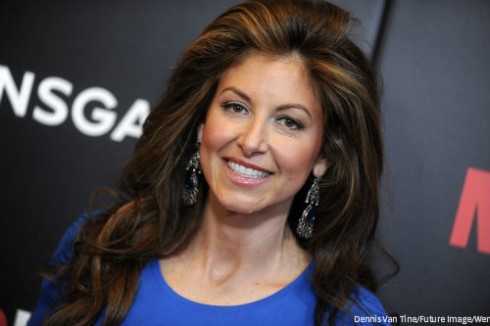 Dylan’s Candy Bar owner Dylan Lauren and husband Paul Arrouet are busier than ever, now that they’re parents of 4-month-old twins Cooper Blue and Kingsley Rainbow. Given everything on their plates, Dylan said she has no regrets about bypassing the hassle of nine months of pregnancy.

“We chose to use a surrogate as the way we wanted to start our family, particularly as I was traveling across the globe on a stressful schedule to get stores open,” Dylan, 41, told Crickets Circle. “I realized this was a wonderful option.”

Although the tactic isn’t commonly discussed, it seems like more and more career women turn to surrogates to reduce the impact of parenthood on their professional lives. For these women, the motivations are rarely financial, considering a gestational surrogate can cost a couple upwards of $100,000. Rather, mothers who choose surrogacy may be concerned about how pregnancy will affect their bodies, their professional momentum, or other factors.

“I call these cases designer surrogacy,” northern San Diego fertility doctor Lori Arnold told Elle last year. Dr. Arnold said she’s worked with a socialite “who didn’t want to get fat,” a marathon runner who couldn’t miss an upcoming race–and even another doctor. Another fertility doctor told Elle he estimates five percent of his patients have no medical need for a surrogate.

That doesn’t mean surrogacy is a widely accepted practice in the medical community: The American Society for Reproductive Medicine says surrogates should be reserved for couples with “clearly documented” medical needs.

In terms of public opinion, 58 percent of people told Australia’s Essential Baby they don’t approve of “social surrogacy,” and an additional ten percent said they don’t agree with surrogacy under any circumstances.

In Dylan’s case, she said she has no regrets–or judgment for others. “I have many friends who had kids solo, who adopted, who used surrogates,” she said. “It’s a new world!”

Should schools send “fat letters” to parents of obese children?