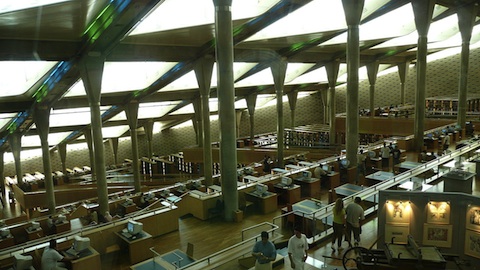 What are smart drugs? Do they really make you smarter? “Nootropics,” “smart drugs,” “brain steroids”: call them what you will, but they’re a big and growing part of life for a large number of Americans. Between four and eight million adults and around five million children and adolescents currently take some form of the so-called brain boosters, whether to treat ADHD or narcolepsy, for recreational euphoria, or to help finish a paper the night before it’s due.

It’s the last category of usage that has many people wondering about the cognitive effects of nootropics. Do they actually make people smarter, or do they simply enhance brain capacity that’s already there?

Speaking generally, these drugs change the supply of neurochemicals, enzymes, or hormones at work in the brain. In this regard, they are similar to caffeine and nicotine, which stimulate the senses and, thus, make it easier to both notice and concentrate.

The key difference between a cup of coffee and smart drugs in pill form is that the pills affect neurotransmitters, often increasing their activity and helping the brain’s synapses link up.

For example, piracetam is one of the first nootropics, synthesized by Romanian scientist Corneliu E. Giurgea in 1964. It alters the level of the neurotransmitter acetylcholine, which can, in turn, increase the elasticity of synapses and help improve memory.

It also augments the transmission of information in the brain’s hippocampus, which is crucial for learning and memory. And it does the same thing with signals moving between hemispheres of the brain, across the Corpus Callosum—the nerve bundle that links the hemispheres. In theory, this particular augmentation could increase creative output.

Well-aware of the risks associated with any substance that stimulates the brain’s neural reward pathways, Giurgea also established a strict set of standards for what defines a nootropic. According to his criteria, any such drug must enhance learning acquisition; increase the coupling of the brain’s hemispheres; and improve executive processing: tasks such as planning and paying attention.

The drug must also be non-toxic and non-addictive, which is where some of the controversy comes in.

In the U.S., smart drugs highly regulated: they are classified Schedule II by the DEA, meaning they have “a high potential for abuse…with use potentially leading to severe psychological or physical dependence.” They’re legal to take with a prescription, though not to ship without one, or to buy online.

In that regard, though, smart drugs differ from traditional recreational drugs in one key sense: the people who take them tend to do so in order to study.

And, as anyone who’s ever taken Adderall to help with a big project or presentation can tell you, the feeling of goodwill and hopefulness it generates comes with a mild to strong willingness to put those feelings to work.

In other words, brain steroids can make you want to do the things you took them to help with. This, whether it relates to memory, executive processing, creative stimulation, or general brain function, can wind up making you think more efficiently.

But it’s not the pills doing all of the work. Think of it the same way you would an anabolic steroid. Just taking the steroid doesn’t increase muscle size: among other things, it increases the amount of protein within cells, making weight lifting easier to do.

So, the answer to the question “Do smart pills make us smarter?” appears to be a resounding “Kind of?”

What the pills do do is make it possible for us to be more flexible and focused in our thinking. Those two traits, applied to a clear idea or project—like the sort that a lot of us have to churn out regularly—make smart pills an attractive, viable option for when you want to get work done.

Provided, of course, that you have a prescription, a licensed medical professional to turn to should the need arise, and enough of a sense of responsibility to stick to the recommended dosage.