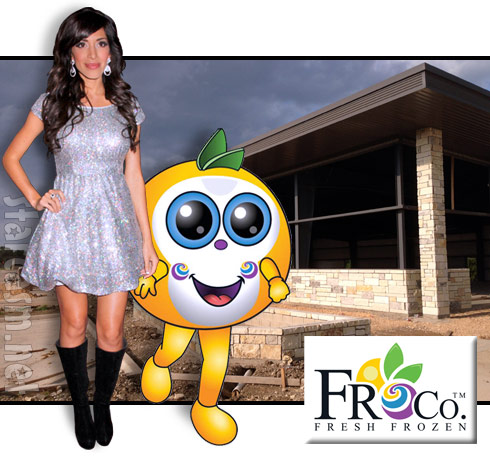 “It’s my own concept. It’s about having fresh and frozen cuisines and foods at this restaurant. It’s very family friendly,” she recently told us.

“The founder of Froco, was set to open a restaurant concept when the now first location and property of Froco was available,” says the website’s “History” page, which appears to be written by Farrah. “Instead of going with the first planned restaurant concept the founder had a better feeling about Froco. There was a lot to be completed with an unplanned great concept, so the founder of Froco thought about the possibilities to buy into another franchise of the similar sort but then realizing after being excepted to the other growing franchises of the similar sort that their values, their brands weren’t as great as what the founder could live up too [sic].”

Farrah recently talked about her restaurant in a video interview with Rumorfix:

Before finalizing plans, Farrah ran the concept by “others in salons, playgrounds, stores, and just everywhere.” When the feedback was a resounding “go for it,” Farrah settled on the Froco idea. She also created “Coba, the poppin’ boba” mascot, which figures heavily into Froco’s marketing strategy and acts as the voice of the restaurant’s Twitter and Facebook accounts… And don’t think Coba exists only as a two-dimensional graphic! Check out these photos of the actual three-dimensional mascot costume currently being made: 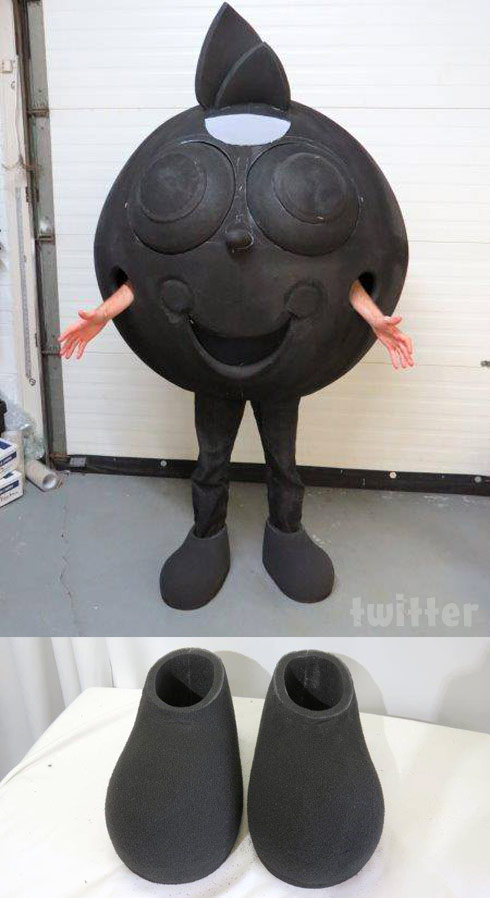 Froco’s “History” continues, “The founder felt strongly compelled to include Greek yogurt in to as many of the food products at Froco as possible which are found in certain flavors of frozen yogurt and all the freshly made to go food items.”

So why the Greek yogurt obsession? The site explains, “The founder after moving to Texas at the age of 22 right before the creation of Froco was told by her doctor to better her health with plain Greek yogurt. Being the foodie that the founder is, the founder put Greek yogurt in everything – sandwiches, pastas, salads, wraps, sushi, desserts and the founder was happy to taste better enhancement of flavors with the Greek yogurt in all the food options. The founder found the balance of taste, health, and quality and wanted to bring this to everyone’s lifestyle all year round.”

And speaking of lifestyle, Froco has that too!

“The Froco lifestyle is about spreading positivity and passion to others and always keepin it poppin,” the site says. “Serving fresh and frozen food to keep us healthy, smart and happy at all times.”

To help promote this lifestyle, Froco promises to be more than just a restaurant: “Froco has the fun with a interactive playground for all ages. Check out the party room and invite your friends for your special time. Whether you want to sit on the green, share photos on your social stream, hide out and watch a movie, get active on our indoor playground, get flavorful at happy hour, dance to live music, there is much more at Froco and we hope to expand our lifestyle to many communities to better the passion and positivity in our world.”

The site mentions that Froco will have a theme for every day, four of which have already been revealed with Coba graphics including “Serve Sunday,” “Live Music Night! Mondays,” “Keep It Weird Wednesdays” and “Top It Thursdays:” 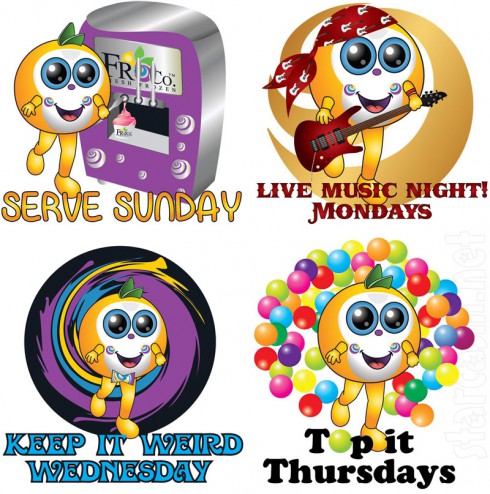 Because the Starcasm World Headquarters is now located in Austin, we dispatched a couple of investigative reporters to find the reported location of Farrah Abraham’s restaurant! There are two very large buildings — in which the space will probably be divided among multiple businesses — and one smaller building that likely won’t be divided. It is unclear at this point exactly where in the commercial development Froco will be located. (Click to enlarge the photos.) 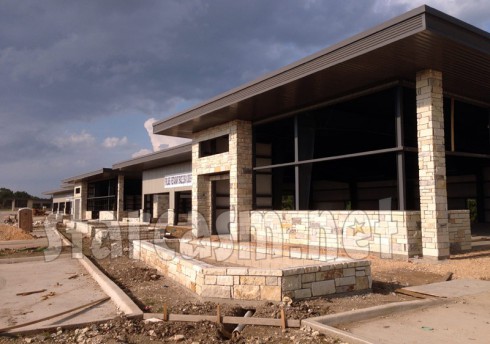 With stonework on the facades as well as throughout the elaborate landscaping, the buildings look quite nice. Here is the architect’s rendering of what one of the finished buildings will look like: 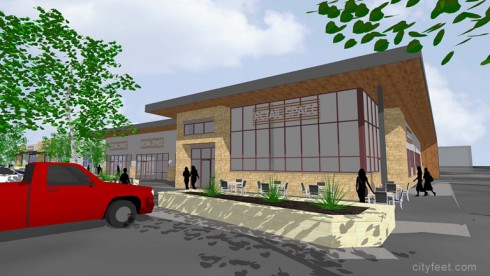 If you aren’t lucky enough to be in the Froco vicinity, don’t worry — the newly formed company is already offering franchising opportunities to investors with approximately $200K burning holes in the their pockets. The site tells potential franchisees, “You may have thought ‘I wanted to open my Froco like yesterday!’ So if your that serious and sure about the great passionate and positive feelings inside about Froco let’s get it poppin!” 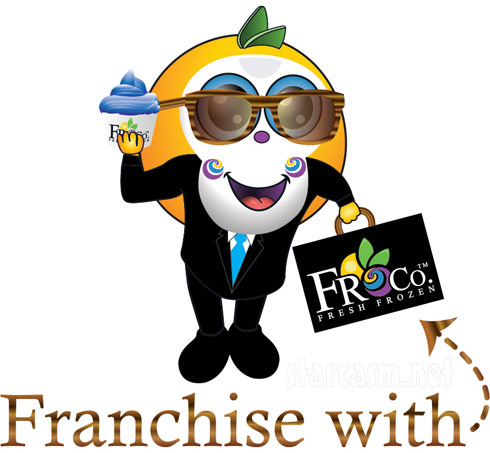 And, in the off-chance that someone stumbles into Froco without knowing who the founder is, the site provides the 411 on Farrah: “The founder Farrah Abraham is recognized nationally for her success in entertainment as well being a wonderful mother to her daughter Sophia who at age 5 has helped every step of the way in creating a lovable, positive, passionate and educational mascot for Froco, ‘Coba’ The popping boba, who you may put on your frozen yogurt and feel a pop of passion and positivity every time you visit Froco… The rest is history.”

You can rest assured we will try to have a Starcasm representative present for the grand opening, so stay tuned!

UPDATE – After seeing and tweeting our story, Farrah (well, Froco Coba) revealed that the grand opening will actually be a red carpet event!

Can't wait to be on the #Froco #RedCarpet w/ Founder Farrah & Daughter Sophia who loves her popping boba's the most! pic.twitter.com/bRWDPDCScr

Farrah also took a moment to thank her fans:

UPDATE – Froco on SoCo eventually became just Froco as the South Congress location fell through. Click here for photos of the Froco grand opening in the West Austin suburb of Lakeway, Texas, and read our interview with Farrah in which she discusses Froco as well as her new furniture store and her daughter Sophia’s boutique!