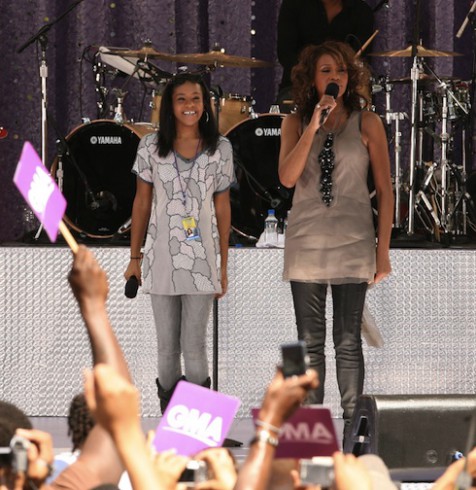 Ian Halperin’s book Whitney & Bobbi Kristina: The Deadly Price of Fame alleges that Bobbi Kristina had been addicted to drugs since she was 14 years old. The book also claims that Whitney Houston had a “secret lesbian lover” and that Bobbi Kristina was never raised properly because Whitney was unable to declare her love for the woman.

According to Whitney & Bobbi Kristina, Whitney Houston developed a passionate love for Robyn Crawford, a childhood friend who continued to live near Houston as the singer’s fame escalated, and to share a hotel room with Houston as she toured.

There were rumors about Houston and Crawford “even then,” and, as future husband Bobby Brown would later say in his own memoir, “The media was accusing her of having a bisexual relationship with her assistant. In Whitney’s situation, the only solution was to get married and have kids.”

Crawford resigned from Whitney Houston’s production company in 2000. She is now openly gay.

As for Bobbi Kristina, Halperin’s book states that Houston’s fractured love life and escalating drug use were why she was unable to be a good mother, and that Bobbi Kristina suffered as a direct result of both factors. Kristina was first committed to a psychiatric hospital just before her 15th birthday, when she attempted to stab Houston, and then slashed her own wrists. 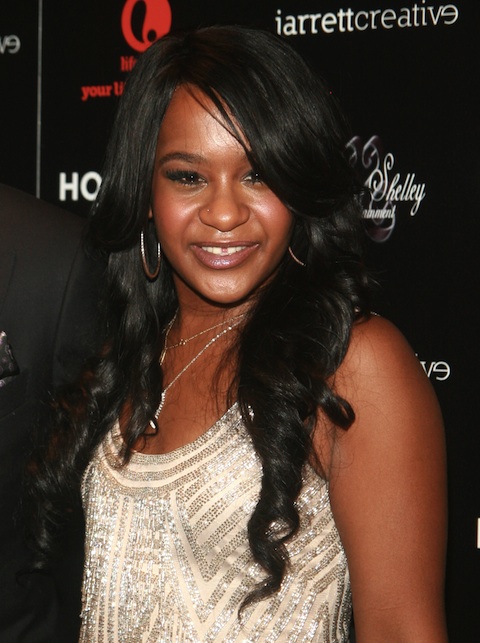 Later, photos emerged of Bobbi Kristina snorting cocaine with friends in Antigua, during the filming of the reality series Being Bobby Brown. Houston canceled a 18th birthday extravaganza she had planned for Bobbi Kristina, and shipped her daughter off for her first stint in rehab.

Halperin states that, to this point, “17-year-old Bobbi [had been] left to her own devices in Atlanta, where she [took] up with a hard-partying crowd, including the boy who had moved into her house three years earlier, Nick Gordon.”

In perhaps the wildest claim to emerge from the just-published book, Halperin theorizes that, instead of finding Bobbi Kristina unconscious in her bathtub, Gordon and friend Max Lomas were trying to shake her out of a drug overdose by dunking her in cold water. The process is known as “the plunge,” and can sometimes lead to accidents. Halperin notes that there is no direct evidence to support his theory, but also points out that one of the other primary theories floated regarding Bobbi Kristina’s final night before her coma–that she was trying to commit suicide–also has little evidence to support it.