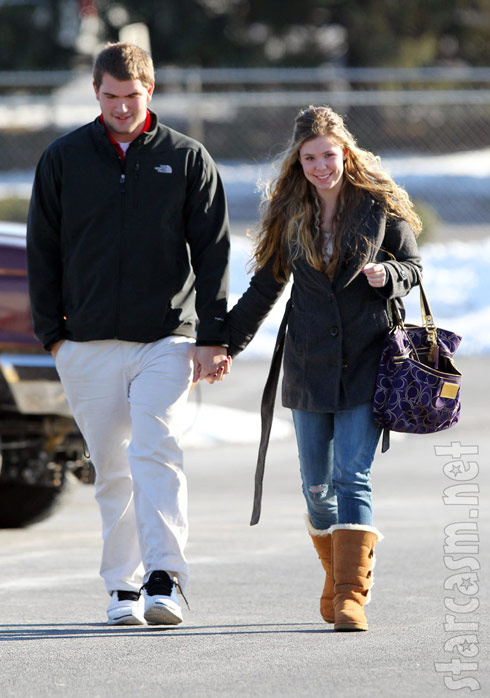 It seems like only yesterday we were obsessed with whether or not Leah Messer and Corey Simms were splitting up and while our tissues are still soaked with tears over that one we’re getting rumblings of yet another Teen Mom 2 feel-good romance gone bad! This time it’s Kailyn Lowry and Jordan Wenner who are apparently having some serious difficulties.

Curses be to the MTV contract that prevents them from actually saying it, but every indication on Kailyn and Jordan’s Twitter and Facebook is that they have split up. (There are numerous reports of an alleged tweet between Kailyn and her ex Jo Rivera that clearly states she and Jordan broke up, but I can’t find any evidence of that tweet ever existing.)

Here is what the two have been saying – I’ll let you be the judge:

Why when you think everything is going so well and everyone is happy everything has to change and make everyone so miserable :-/

Good morning all thank you for all the support 🙂

[Another one after this post at Leah Messer!] @LeahDSimmsMTV we in the same boat and I kinda want to abandon ship what do u think :-/

Sometimes, everything has to fall apart in order for it to fall back into place.

(Retweet) Even the smartest individual falls for the wrong one, even the strongest individual gets hurt, feels pain. We’re all human. #Fact

“…People change so that you can learn to let go, things go wrong so that you appreciate them when they’re right…” – Marilyn Monroe

I wana move down south, then I’d be able to start over…

Sick to my stomach.

What is going on here?!? If this is the end of Jordan and Kail – who seemed like a GREAT couple by the way – then that will mean the four ladies on Teen Mom 2 have a total of six exes during their combined time on TM2 and 16 and Pregnant! (I’m not even counting Leah’s brief fling while broken up with Corey the first time around)

So it’s looking like none of the Teen Mom 2 girls have a significant other?!? This fact has inspired me to create a new post so stay tuned…