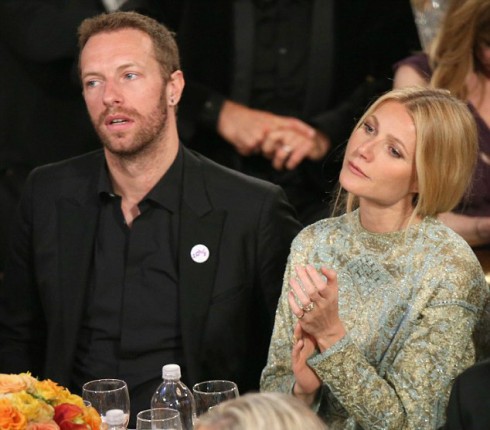 Gwyneth Paltrow is determined to use her separation as a teachable moment that will help the rest of the human race evolve into a higher state of being.

Following Gwyneth Paltrow and Chris Martin’s announcement they are “consciously uncoupling,” Gwyneth published an essay by Dr. Habib Sadeghi and Dr. Sherry Sami on what the phrase actually means.

“To change the concept of divorce, we need to release the belief structures we have around marriage that create rigidity in our thought process,” the doctors say. “It’s conscious uncoupling that prevents families from being broken by divorce and creates expanded families that continue to function in a healthy way outside of traditional marriage.”

In the lengthy essay, the doctors explain that because humans are living longer than ever before, we need to reevaluate our expectations for longterm relationships.

“Modern society adheres to the concept that marriage should be lifelong; but when we’re living three lifetimes compared to early humans, perhaps we need to redefine the construct,” the married doctors note. “To put in plainly, as divorce rates indicate, human beings haven’t been able to fully adapt to our skyrocketing life expectancy. Our biology and psychology aren’t set up to be with one person for four, five, or six decades.”

Instead of feeling “shame, guilt or regret” if a marriage doesn’t stand the test of time, the doctors say “consciously uncoupling” dissolves animosity between two separating spouses. This “brings wholeness to the spirits of both people who choose to recognize each other as their teacher.”

Do you buy into the idea of “consciously uncoupling” or do you think it’s a bunch of goopeldygook?

REPORT Katy Perry and John Mayer are over