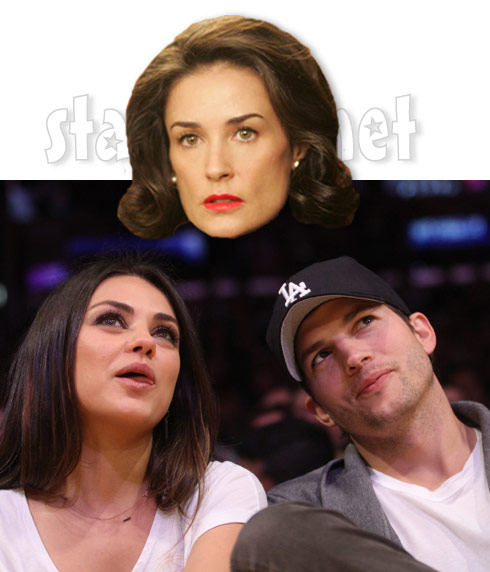 The documents were filed on Ashton’s behalf yesterday ending the marriage that had begun back in 2005. The Hollywood couple split in 2011.

TMZ is reporting that the reason it took so long for all of this to get settled was disputes over money. Demi had wanted spousal support even though she’s worth much more than Ashton but sources claim that she backed off of that request.

The report adds that Ashton gave a little more than he really needed to in the split which lends some possible credence to the recent rumor that Ashton’s girlfriend, Mila Kunis, is pregnant.

There was a scene this week in which Kutcher confronted some paparazzi while Kunis and a friend rushed into Kutcher’s ride. Mila was wearing baggy clothes so some were speculating that Kutcher’s actions were an attempt at a divergence to hide her delicate state.

Then again, he might have just been fed up with the paps and Mila wanted to be comfortable… 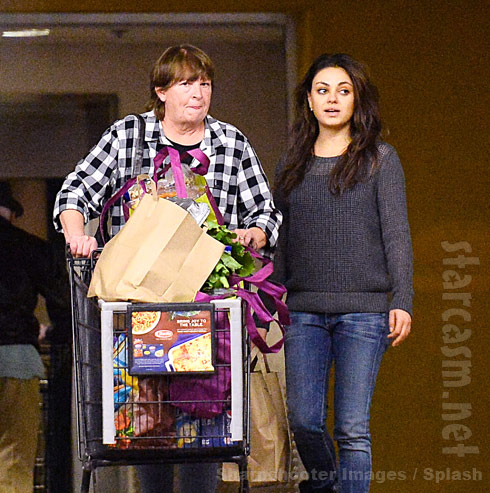 After that run-in, Mila was photographed yesterday along with Ashton’s mom Diane doing a little holiday shopping (above) and she was wearing a kinda sorta loose-fitting sweater (Heaven forbid), once again encouraging the conspiracy theorists.

Gossip Cop followed up citing a “source close to the situation” stating that the Kunis pregnancy rumor is “100 percent not true.”

Are Hilary Duff and Mike Comrie back together? Split spouses look cozy at Coachella