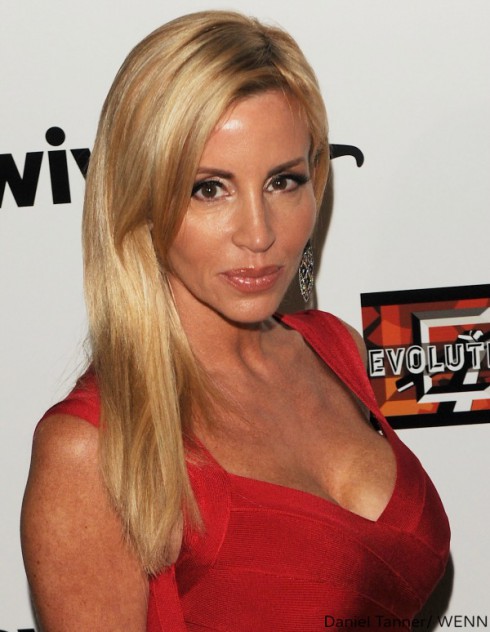 Although she’s undergoing her first round of chemotherapy, Camille Grammer can rest a bit easier tonight knowing that ex-boyfriend Dimitri Charalambopoulos has been charged for his alleged attack on her.

According to Harris County District Attorney’s Office, Dimitri was formally charged on Nov. 23 of assault of a family member and impeding breath, a felony in the state of Texas. He appeared in court Monday and posted a non-arrest bond of $5,000.

The charges stem from an assault that Camille says took place shortly after she underwent a hysterectomy for endometrial cancer. In her official court documents, Camille described her version of the violent attack…

“Scarcely two days after being discharged from the hospital in this weakened condition, I was wakened at approximately 1.30 a.m. on the morning of October 16, 2013, by Mr. Charalambopoulos’s mobile phone, which was vibrating with incoming text messages and phone calls from another woman. Inquiry escalated to argument, and Mr. Charalambopoulos became verbally abusive toward me, shouting expletives and insulting me with misogynic epithets. He grabbed me by the hair, twisted it around his hand, and repeatedly pulled my head into the bed and its headboard. In so doing, Mr. Charalambopoulos succeeded in pulling out swaths of my hair and gave me a large, painful contusion on the side of my head. All the while, I was screaming for help. Mr. Charalambopoulos squeezed my nose between his fingers and pushed upward forcefully, meanwhile covering my mouth in an attempt to silence me and to prevent me from breathing. I experienced great pain in my nose and became afraid for my life as a consequence.” 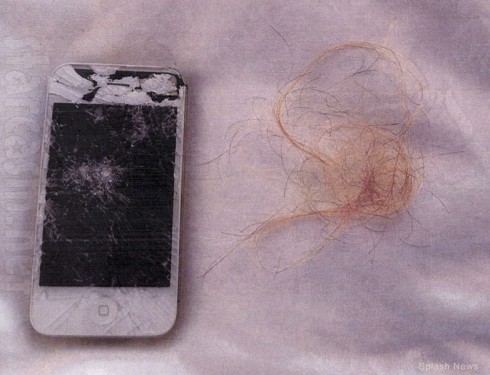 Earlier this month, Dimitri offered his version of the incident to Access Hollywood: There was an argument and things got heated. But, he says he never touched her. Dimitri’s lawyer, Kirk Lechtenberger, added photos provided by Camille that show her injuries could be fabricated.

“As for the black eye – anyone who’s ever had a black eye knows that’s not a black eye. If anything it’s a bad mascara job,” Kirk said, adding marks on her wrist could have been from IVs used during her hysterectomy. (Hmm, this Kirk guy sure sounds like he has some experience with mascara.)

With charges officially filed, it’s now up to the courts to decide whose version of the story is accurate. In the meantime, we’re sending our good wishes to Camille as she deals with chemotherapy.