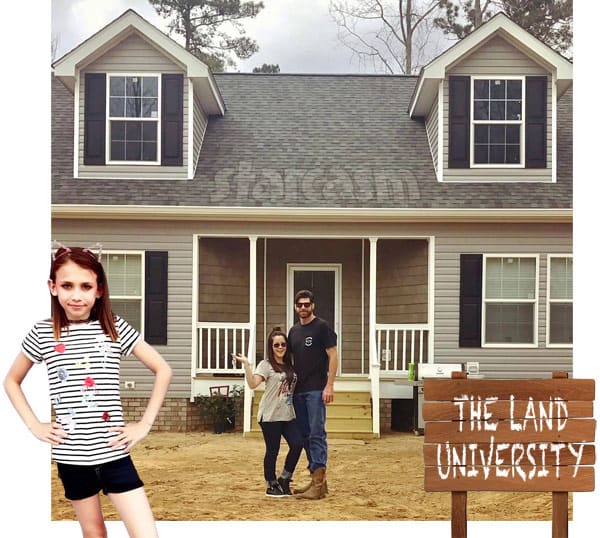 Teen Mom 2 couple David and Jenelle Eason continue to raise red flags and eyebrows with their words and actions as “The Land” seems to be well on its way to becoming a full-fledged compound. The latest concerning revelation from the couple came from Jenelle, who revealed earlier today that she and David are homeschooling his 11-year-old daughter Marissa.

Jenelle revealed her new job as teacher while once again complaining about her co-star Kail Lowry’s Coffee Convos podcast as well as the numerous negative articles being written about her. “While you’re over here podcasting away, tweeting pure bullsh*t about me, or posting #FakeNews.. I’ll be over here homeschooling my stepdaughter and minding my business. ✌?” Jenelle tweeted and deleted earlier this afternoon.

It was later confirmed by a spokesperson for the Non-Public Education Department of North Carolina that Jenelle filed a notice of intent to operate a home school on March 4 of this year. The name of the school used in the filing is reportedly West Croft Leadership Academy.

According to the department’s website, here is what is required to open a home school in the state of North Carolina:

Live in North Carolina and maintain an accurate permanent mailing address in the Division of Non-Public Education file.

Provide evidence of at least a high school diploma or GED.

Administer (or have administered) a nationally normed and standardized achievement test measuring spelling, grammar, reading and mathematics each year for EACH student enrolled in the home school.

Provide required records for inspection to an official of the Division of Non-Public Education when requested.

Close the home school within 30 days by notifying Division of Non-Public Education when there are no more students being actively home schooled (i.e. when all students have been enrolled in another school or graduated). Schools may be reopened at a later time if necessary.

Not one to miss a chance to punch back at Jenelle, Kail Lowry responded to the tweet with a bit of sarcasm. Actually, to be completely accurate, Kail responded to the @BabsEvansMTV parody account who shared a screen cap of Jenelle’s initial tweet:

OMG WHY IS JENELLE HOMESCHOOLING ANYONE!!? she’s dumb as a friggin ROCK pic.twitter.com/Npc0geXAHc

“Is her stepdaughter sitting ‘a crossed’ from her at the table?” Kail tweeted in response, referencing an earlier tweet from Jenelle in which she wrote: “…we hiked, lost a GoPro then had to rock climb, found a waterfall, walked a crossed a cool creek.”

What’s odd is that it would seem that Maryssa was doing well in her old school. On May 31 David posted a photo of her with a writing award along with a boastful caption: 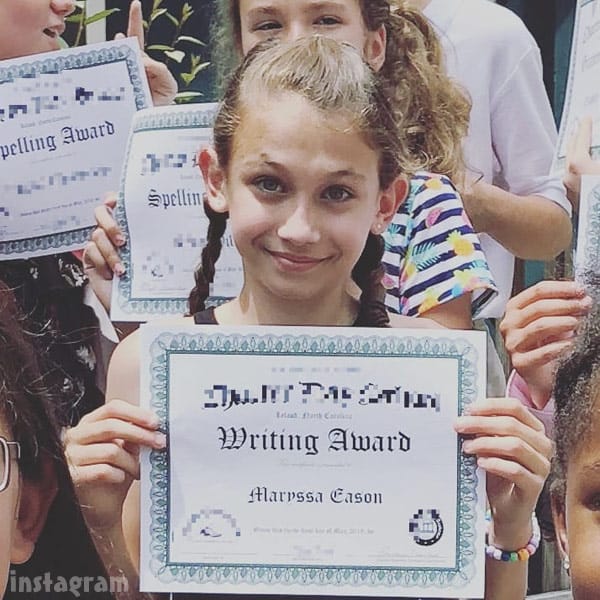 “I’m so proud of you sweetpea!” David wrote. “You have such an amazing personality and you have all the abilities in the world. Stay on the same path you’re on now and it will lead you to great places in life! I love you so much!”

It would seem that Maryssa is no longer on the same path.

I should point out that the home school filing was only for a single student, and Jenelle posted earlier today that it was Kaiser’s first day of school, suggesting that he is not being home schooled:

Another school year! ? I can’t believe how much your little brain is learning everyday and how much you enjoy learning it all. Makes me super happy and very proud! Keep it up Bubba! ??? #ProudMama #FirstDay #FirstWeek #SchoolDays

I would assume that Kaiser’s dad Nathan (or perhaps Nathan’s mother) would have to sign off on Kaiser being homeschooled on The Land — something neither of them would ever do.

So what do you think about David and Jenelle home schooling Maryssa?

Radar Online was the first to report on Jenelle officially filing to be a home school after her tweet.