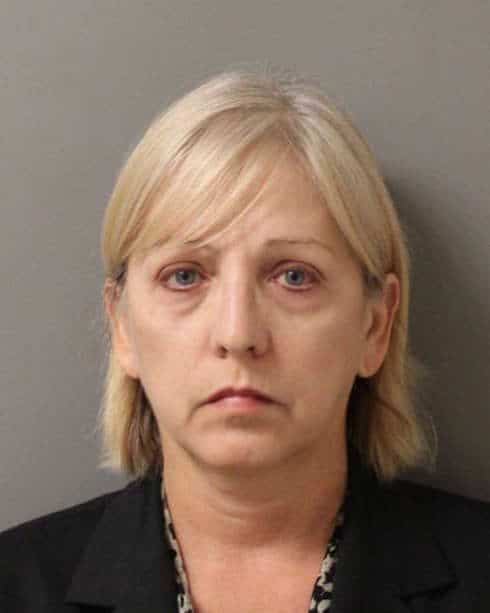 Dateline‘s latest examines the grisly and puzzling case of Texan Sandra Melgar, whose Christmas killing of her husband Jaime made national headlines in 2012. Though Sandra wasn’t charged with Jaime Melgar’s murder for almost two years, prosecutors eventually built a strong enough case against her that the defense appeared to think Sandra Melgar’s testimony might have done more harm than good.

The basic facts of the case are these. On December 23, 2012, Melgar family members gathered at Sandra and Jaime Melgar’s Houston home to celebrate the couple’s 32nd wedding anniversary. They found Sandra, bound but alive, in a closet — and Jaime, dead from 31 stab wounds, in another. Sandra would tell police officers that she and Jaime had been victims of a home invasion the day before. She said she’d had a seizure in the night and passed out

Police wouldn’t arrest anyone in connection with Jaime Melgar’s murder until July of 2014. By then, Sandra remained the only suspect, in part because her home invasion explanation didn’t line up with the fact that nothing was missing from the couple’s home. 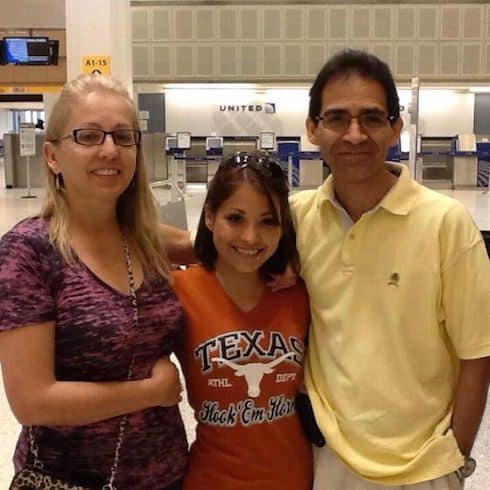 Instead, police had arrived at a disturbing conclusion: Sandra had somehow managed to kill Jaime; and then, as the Houston Chronicle reported, “she tied her own ankles and hands behind her back, then somehow locked herself in a closet by wedging a chair under the outside door knob.”

At Sandra’s trial, the prosecution would eventually play a crime scene reenactment video — filmed in December of 2012, just days after Jaime Melgar’s body was discovered — showing a police officer “positioning a pillow sham underneath the legs of a chair, and then pulling the sham underneath the door from inside the closet to wedge the chair against the door from the outside.”

The maneuver, though difficult, was in fact possible. And it turned out to be an important factor in Sandra Melgar’s trial — since it explained a partially torn pillow sham found in the bedroom where Sandra had been discovered. The sham in the recreation tore in a similar manner.

Sandra Melgar’s testimony may have been considered, but ultimately never took place

Prosecutors claimed that Sandra had two compelling motives for murder. The first was a $250,000 life insurance policy that Sandra stood to receive upon Jaime’s death. The second was the couple’s beliefs as Jehovah’s Witnesses: even if they were able to divorce, they would have been shunned by their community.

Harris County prosecutor Colleen Barnett pointed to more beliefs that a Jehovah’s Witness like Sandra would have had — and that would have made murder in some ways a more feasible option than divorce:

The witnesses testified that they view Jaime as being asleep now [that he is dead]. Jehovah’s Witnesses are not allowed to divorce unless the spouse has committed adultery, which Jaime had not done, so I think that was part of the motive — that if she killed him and wasn’t found out, she could still socialize with her Jehovah’s Witness friends and it is all okay, because he is just asleep.

Instead of Sandra Melgar’s testimony, the defense focused on errors the initial investigators made upon discovery of Jaime’s body. A bloody fingerprint found on the family’s safe came under particular scrutiny: despite being spotted during the investigation and documented in crime scene photographs, the print was never checked — and what could have been crucial evidence in Sandra’s defense was instead lost.

“Inexplicably,” one defense motion read, “no examination was conducted for latent prints or the presence of DNA despite the fact that fingerprint ridges and grooves are easily observed on photographic evidence of the handle.”

Sentenced to less than the maximum, Sandra Melgar’s appeal is underway

On August 23, 2017, Sandra Melgar was convicted of murdering her husband Jaime following an eight-hour jury deliberation. Sandra’s family, which had gathered in the courtroom expecting a dismissal of all charges, let out a collective gasp upon hearing the verdict. Sandra, per the Chronicle, howled.

Sandra’s 27-year sentence was less than the life imprisonment she faced, though far greater than the five-year minimum sentence. Her lawyers have since begun Sandra Melgar’s appeal, arguing in an 85-page brief that “jurors relied on their own experiments” in the original trial, and that “prosecutors impermissibly shifted the burden during closing arguments by saying the defense criticized the investigation but never found ‘the real killer.'”

Since her mother’s sentencing, Elizabeth Rose Melgar has become Sandra’s most passionate defender, calling the verdict a “gross miscarriage of justice” and claiming that her father’s real murderer still walks free: