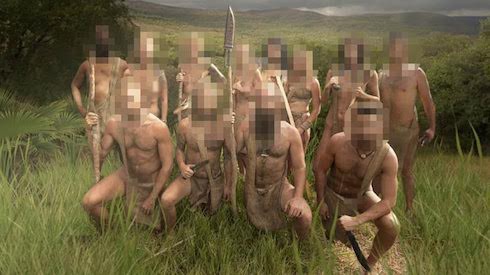 Naked and Afraid XL Season 2 is on its way! Discovery has just announced the premiere date for the second edition of last summer’s hugely popular spinoff–and we know where the survivalists will be stranded, to boot. One thing we don’t (quite) know is which previous Naked and Afraid cast members will be returning for this summer’s adventures, though the network has revealed that it plans to reveal the cast a few at a time.

First, though, the official announcement. Per the Discovery press release:

Television’s most extreme survival challenge, NAKED AND AFRAID XL, returns to Discovery on Sunday, July 10th at 10pm ET/PT. Over 100 survivalists stripped down for 21 days on NAKED AND AFRAID.  Now, twelve of the best will attempt to survive for 40 days in one of the most dangerous environments on the planet…the South African bush.

Twelve brave, determined, veteran survivalists have been assembled to take on the most daunting survival challenge ever attempted – pushing the very limits of human endurance. Just to film the series, the crew of NAKED AND AFRAID XL had to endure numerous cases of tick-bite fever, spitting cobras in crew quarters, and close encounters with territorial wild lions…on foot.

Stranded in the remote, hostile badlands of South Africa, the survivalists must all vie for the same limited food, water and shelter, while avoiding ferocious predators such as lions, leopards, and hyenas. They must endure starvation, punishing heat…and each other. Will they band together or fracture into smaller groups to survive?  In a challenge this big – will they be mentally and physically strong enough to master the environment and make it out alive?

Everybody got that? Naked and Afraid XL Season 2, July 10th, South Africa! (For those of you keeping score at home, neither Naked and Afraid nor XL have ever been to South Africa; the only African countries the show has visited so far are Botswana, Madagascar, Namibia, and Tanzania.)

As far as the cast goes, all the information we have so far is the photo at the top of the article. It’s tough to spot any helpful tattoos, though you can make out hair color pretty easily, despite the pixelation. Two of the cast members have huge beards, which might be helpful clues; it also looks like at least two of the people in the back row–and possibly three–are women.

We don’t have long to wait for the first reveal! Naked and Afraid Season 5 airs Sunday nights at 10 on Discovery.

RELATED ARTICLE: How much do the Naked and Afraid contestants get paid for doing the show?

Is A&E’s new show Neighbors With Benefits for real?