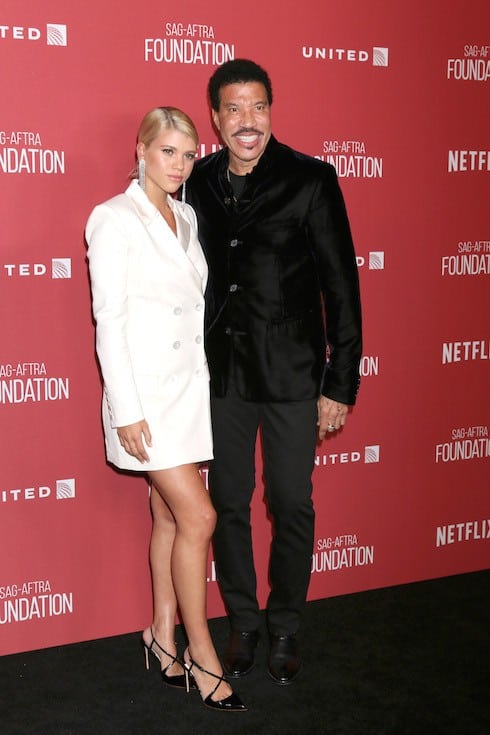 Sofia Richie and Scott Disick have been together for a whopping seven weeks, which could actually mean that they’re caught in a terribly uncomfortable charade where neither one wants to admit that the publicity stunt has long run its course. Fortunately for the two birds, Sofia’s father also happens to be music legend and current American Idol judge Lionel Richie, and he isn’t at all shy about sharing his opinions on Disick.

Lionel first expressed his displeasure with Sofia’s choice a little over a month ago, or just as the relationship passed its “Sure, they’re having tons of sex, but it won’t last” phase and settled into “Wait, they’re still a thing?” territory. At the time, Lionel said he was “in shock” over the pairing–also adding “I’m scared to death, are you kidding me?” and “I’m the dad, come on.”

Well, Kardashian home network E! recently checked in with Lionel, and it seems his distaste for Lord Disick has only intensified since October. While walking the red carpet at this weekend’s SAG-AFTRA Foundation’s Patron of the Artists Awards (the photo of Lionel and Sofia at the top of the article was taken at the event) the icon did not hold back.

When Sofia was asked how her father felt about Sofia Richie and Scott Disick as a couple, she rattled off a platitude about how “very cool” with everything he is–while Lionel made a hand gesture that, in E!’s own words, “looked like a gun pointing at his head.”

Then, when Sofia asked Lionel why he felt he had to be in her business, he gave the only honest answer: “I am into her business, and she’s trying to keep me out of her business. The fact is, I don’t know, how can you sneak when everything is on Instagram?” A fair point indeed–especially when you remember that Sofia Richie and Scott Disick have spent pretty much all of their time together documenting their non-stop vacation:

Run away with it

On a related note, while photos of Sofia Richie and Scott Disick together appear throughout Sofia’s Instagram timeline, Sofia shows up on Scott’s page a grand total of zero times.

Remember, Sofia: if you need an exit strategy, your father’s already provided you with one:

MTV’s Awkward is coming to an end