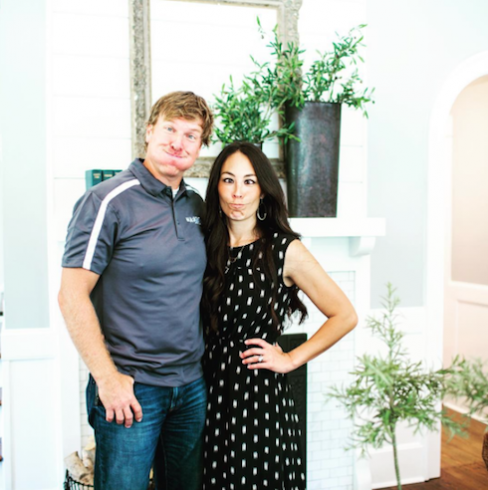 If you’ve ever watched Fixer Upper and wondered about what the Chip and Joanna Gaines wedding must have looked like–and what the happy couple looked like on their big day–wonder no more! We’ve combed the social media archives and put together a photo gallery of assorted Fixer Upper images. It’s a bevy of adorable family photos, from Chip and Joanna’s 2003 wedding to several anniversaries since then, a handful of shots from Joanna’s childhood, and one of the entire Gaines clan with both sets of grandparents.

We’ll work more or less chronologically, meaning that there’s no better place to start than with a string of photos from Joanna’s childhood–meaning when she was a newborn:

Happy Mother’s Day! I love you Mom! You are a beautiful picture of God’s grace and love. Your life is a remarkable story. I’m so thankful that I get the honor of calling you mine!

Happy sibling day to my beautiful sisters! #nationalsiblingday #middlechild A photo posted by Joanna Stevens Gaines (@joannagaines) on Apr 10, 2015 at 11:34am PDT

Happy birthday to my little sister mikey! You inspire me to live passionately for my family, to be adventurous, to decorate with color, and to get a nose ring. You make my heart full. Love you @mikeymccall A photo posted by Joanna Stevens Gaines (@joannagaines) on Feb 19, 2014 at 7:19am PST

This one isn’t quite a throwback; it was taken just last summer. But it offers a touching memory of Chip and Joanna Gaines before Fixer Upper was a hit, as well as before Magnolia Market even came into existence!

Chip and I were going down memory lane today and we stopped at one of our first houses. I remember crying when Chip said we were moving in- it was dumpy and it smelled bad. We fixed it up and fell in love with it. To this day, if you ask us what our favorite house we ever lived in we both go back to this little white 800 sq ft home. We were broke and were forced to be creative with our resources and we were proud as punch about this place. Most of what I learned creatively stemmed from this little fixer upper. Small house or big, rich or poor- own the space you live in and love what you have. ❤️

Speaking of Magnolia, it’s been around a lot longer than most people realize:

A flashback to October 16, 2003 when we first opened Magnolia Market. I never wore red lipstick but I was feeling bold that day and tried it. I was extremely grateful for the forty customers that came in that day to support us. Now 12 years later I’m completely blown away. THANK YOU for all the support, we feel it and are so humbled and grateful! #silobration @magnoliamarket A photo posted by Joanna Stevens Gaines (@joannagaines) on Oct 30, 2015 at 12:12pm PDT

We haven’t been able to dig up any Chip Gaines childhood photos (yet!), but here are a couple of older ones he and Joanna have shared:

And for some eye candy.. How about those legs.. I mean hard wood floors! #tbt

Next up, it’s a series of Chip and Joanna’s most recent wedding anniversary photos; they share one every spring:

Happy Anniversary Chip! Thank you for the 12 good years of laughter, leadership, and adventure. No one makes me laugh harder than you do. You are strong and fearless yet kind and tender hearted. Thank you for teaching me to be brave and for loving me well. ❤️ @chippergaines (photos by: @Holmesphotoart and @kathrynkrueger) A photo posted by Joanna Stevens Gaines (@joannagaines) on May 31, 2015 at 11:22am PDT

Eleven years ago today I partnered up with this cowboy. What a wonderful ride its been! #whodathunkit A photo posted by Joanna Stevens Gaines (@joannagaines) on May 31, 2014 at 7:08am PDT

Ten years with this man. It’s been a fun journey! #stillsmiling 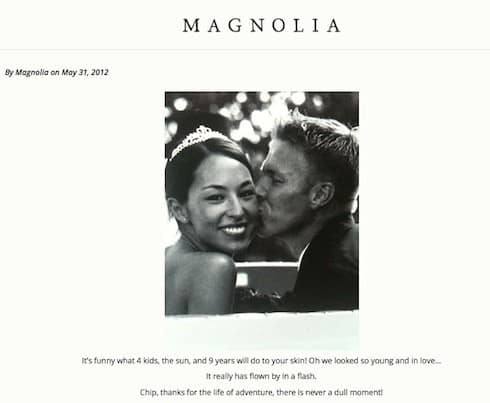 Finally, here’s a photo of the whole Gaines clan, complete with Chip and Joanna’s parents!

As for Fixer Upper, Season 3 is just about done airing, but you can catch the few remaining episodes Tuesday nights at 9 PM EST on HGTV.