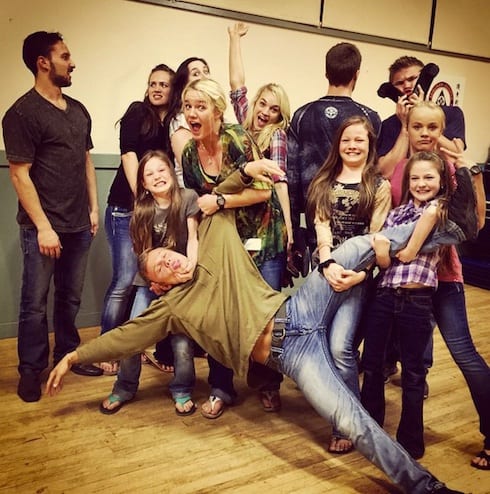 TLC’s sleeper hit The Willis Family is back for Season 2! The Tennessee-based family of fourteen (14) musical and wrestling aficionados is set to debut another slate of high-talent episodes tonight. To help orient you ahead of the premiere, we’ve got a full list of Willis Family names and ages, plus a bevy of preview clips and new songs!

In case you’re new to The Willis Family, here’s what you need to know going into the Season 2 premiere: Todd and Brenda Willis have an even dozen children, eight girls and four boys, aged 5 to 23. They’re all championship Irish and swing dancers, with the awards to prove it; the boys are also Tennessee state champion wrestlers, and each one of the twelve Willis kids plays or dances in the family band. Brenda is most famous for home-schooling all of her children, which she did in part because the family keeps up a rigorous touring schedule; episodes of The Willis Family are studded liberally with clips from their many performances. 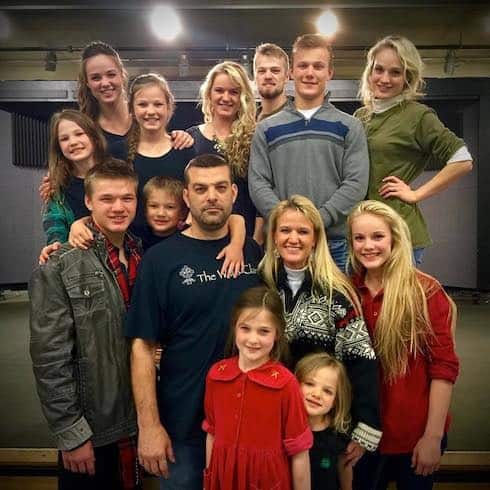 So, before we go any farther, here’s a complete list of the Willis Family names and ages, starting in the upper left of the photo above. Prepare for a J overload:

Jamie Christine Willis, 10 (beneath Jennifer in the photo), is “the Shirley Temple” of the Willis Family, according to her official bio. She’s still learning a bevy of instruments and dances, but is already proficient when it comes to the Samba.

Juliette Rose Willis, 12 (to the right of Jennifer in the photo), goes by Julie. She takes after Jennifer in learning the accordion–and, like all of her older siblings, she’s learning a variety of dances, among them ballroom and Latin.

Jeanette Lynn Willis, 19, is more commonly referred to by her nickname, “Jet.” She’s the unofficial family jokester, along with being the more official whistler, dobro player, and secondary pianist.

Jeremiah Scott Willis, 22, is the lightly bearded fellow in the rear center of the photo. He serves as “the main drive on the music side of things” for the Willis clan, and plays nine instruments–including three types of guitar.

Jedediah Scott Willis, 16, is more commonly referred to by his nickname: “Jedi.” His musical proclivities tend toward the bass, whistle, and guitar, but he’s better-known as a seven-time Tennessee state wrestling champion.

Jessica Jane Willis, 23, is the Willis clan’s primary songwriter and vocalist. In her lifetime, she’s written “over three-hundred pieces of music,” and, more intriguingly for The Willis Family television show, is often showcased as “one of the last true romantics.”

Jasmine Katarina Willis, 14 (beneath Jessica, in the lower right of the photo) is the Willis clan’s primary pianist. Like her older sister Jennifer, she’s an accomplished dancer, having won the US Open Youth National Championships (West Coast wing).

Brenda Willis (to Jasmine’s left) is the matriarch of the Willis Family. She really does home school all twelve (!) of she and her husband’s children, but manages to find time for her own pursuits–among them photography, leather tooling, and, of course music.

Toby Willis is the Willis clan sire. He’s a champion wrestler who hails from Chicago and who graduated from Northwestern University. Toby was a computer programmer and systems analyst for a decade before turning to his family’s musical pursuits.

Jaeger Scott Willis, 6, is the little guy to Toby’s left. So far, his primary instrument is air guitar, but he’s working on his wrestling moves–and is developing quite a reputation as a showman.

Jackson Scott Willis, 17, lays down the Willis Family backbeat: he handles percussion and banjo for the band. Like his sisters before (and after) him, he’s a champion West Coast swing dancer; like his brothers, he’s a Greco-Roman wrestling champ.

There are two Willis clan members left: Joy Anna, age 8, and Jada Marie, age 5, both of whom flank their mother at the bottom of the photo. Joy is the shyest member of the Willis clan, though “her musical talent is unmistakeable”; as for Jada, she’s already graced the stage at the Grand Ole Opry and Radio City Music Hall with her dancing skills. 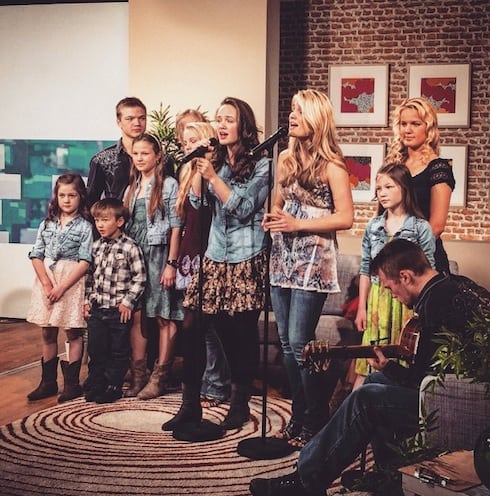 Phew! There’s your Wilson Family names rundown–but what can fans expect to see during Season 2? According to the official press release, it sounds like more of the same, which should sit just fine with both long-time fans and new viewers:

In the new season, viewers will get a deeper look into the family’s life off the tour bus. From birthday celebrations and kids learning to drive, life at home in Nashville is a welcome change of pace from the rigors of being on the road. Being at home, though, isn’t without its hardships. After months of being away, they come home to a shocking surprise, and with homeschooling, scheduling, and extracurricular activities, things around the house are busy to say the least. While the viewers will get a closer look into their lives at home, the family will still be performing at shows of all kind. Follow along as the family attempts to balance their own endeavors with the goals and responsibilities of the band while also planning for an exciting change.

So: after all that, how about a little musical introduction? We’ve got one, courtesy of this TLC preview clip for The Willis Family Season 2:

And what would a Willis Clan update be without a little dancing? This one’s an oldie, but a goodie–it’s the family’s take on Huey Lewis and the News’ “Power Of Love” during the stint on America’s Got Talent that launched them into stardom:

Now, all that’s left to do is memorize each of the Willis Family names before the Season 2 premiere! You can check out new episodes of the show Tuesday nights at 10 PM EST on TLC.

PHOTOS Who are Alana Lee’s boy crush and mean girl enemy in the video for “Butterflies”?