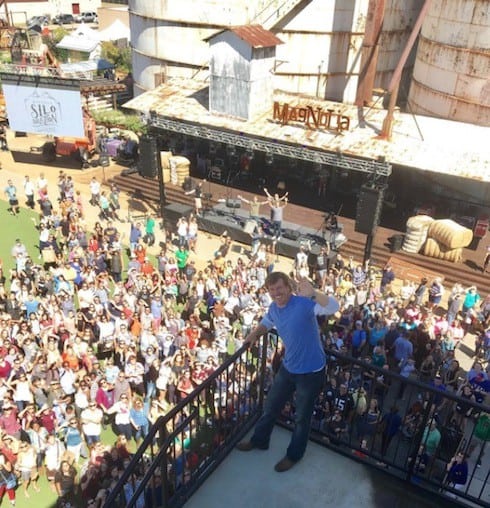 Fixer Upper fans were surprised last week by news of a Chipper Gaines lawsuit alleging fraud and insider trading-like tactics against the HGTV star. John L. Lewis and Richard L. Clark, two Waco-area attorneys who’ve known Chipper and Joanna Gaines since 1999, are suing for $1 million in damages after being bought out of their shares in the Magnolia Realty Company for what they say is an egregiously small amount–just $2,500 each–shortly before HGTV announced it was broadcasting the Fixer Upper pilot nationwide. (Chipper, High Noon Productions, and Scripps Networks are the lawsuit’s defendants; Joanna Gaines was not included.)

Now, the plantiffs in the Chipper Gaines lawsuit have come forward with more details for public consumption–and the portrait they paint of Chipper is one definitely at odds with what viewers of Fixer Upper are used to. Lewis spoke with In Touch and said that Chip was being disingenuous when he tweeted out bewilderment on April 28th–”I’ve had the same cell number for 15 years. Same e-mail for 20 years. No one called or emailed? Four years later ‘friends’ reach out via lawsuit — hum”–because he’s known about the matter since late last year.

An e-mail “was sent by my lawyer to his email that he has had for 20 years,” Lewis explained, adding “We have been attempting to resolve this matter privately for many months. There were multiple communications between my attorney and Chip’s attorney and multiple attempts to get this resolved. I wouldn’t say that [Chip] absolutely ignored it, but we never got into a position where there was any realistic chance of resolving it without filing the lawsuit.”

Lewis and Clark’s position is seemingly simple: they contend that Chip possessed inside information about the Fixer Upper pilot, and tricked his business partners into dumping their shares before the pilot made them valuable:

The bottom line is we owned a business together. We had been friends for over a decade. The choice could have been when he had the knowledge that there was a success on the horizon that he could have allowed his friend and business partner to enjoy that future success with him, and he chose not to do so….I knew they were filming a pilot. I had no idea that it was going to be aired on any network, let alone HGTV, and didn’t know about that until two days after we signed over the company to Chip. I trusted what Chip was telling me — the business we owned together had no value.

Since his April 28th tweet, Chipper has avoided public commentary on the lawsuit, instead sticking with the sort of repartée that fans have come to expect:

Ha.. I had the same dream except with donkeys. https://t.co/qRhaGXj9U3

Filming of Fixer Upper Season 5 is ongoing; new episodes are expected to premiere in late November.