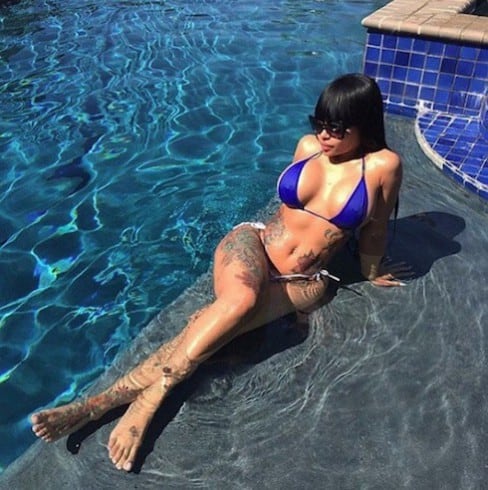 Though Rob is the sole Kardashian sibling to shun the limelight, a Rob Kardashian reality show is apparently a very real possibility, as long as he has girlfriend Blac Chyna by his side. Multiple outlets are reporting that Rob and Blac are interested in taking their relationship to the next level–which, when a Kardashian is involved, means letting camera crews document your daily doins for fun and profit!

No less an authority than People dropped the news earlier today. The magazine quoted an insider who’s allegedly close to both Rob and Blac, and who claimed that the potential show would be related to the all-powerful Keeping Up With The Kardashians. “Rob and Chyna are hoping for a spin-off,” the insider appeared to confirm. “Chyna doesn’t want to film with Rob’s family. They both think a spin-off is the best business decision. They have had meetings and things look promising.”

That report was followed up by a dispatch from Inquisitr, which noted that the couple just returned from a high-profile Jamaican party weekend and speculated that cameras could have been present. According to that report, “Blac Chyna hosted a party in Montego Bay on Sunday” in celebration of Rob’s 29th birthday.

Rob Kardashian and Blac Chyna did indeed look every bit the tired-but-happy (if not quite camera-ready) couple upon returning home earlier today: 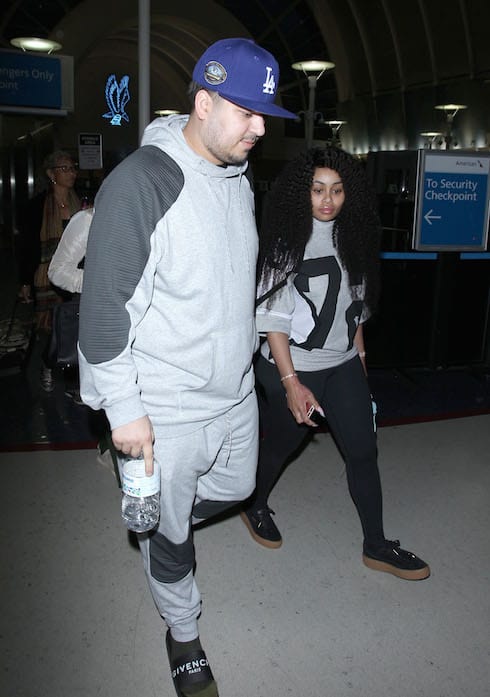 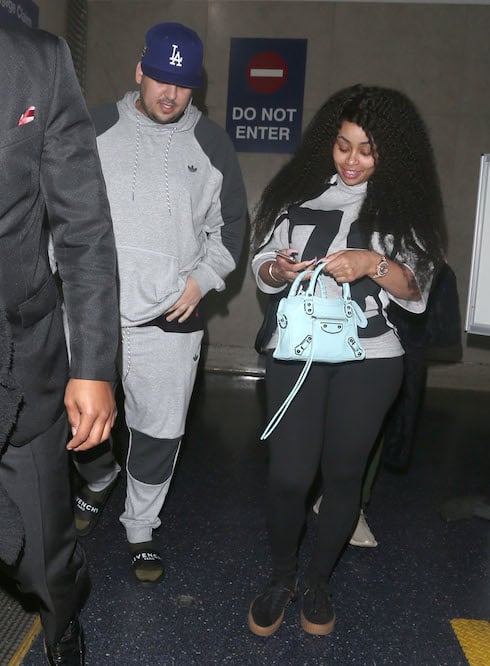 What else did the couple do while in Jamaica? Again: it’s all a matter of which reports you believe. USA Today, in a brief feature on the couple’s getaway, reported the “latest buzz is that Blac Chyna is pregnant,” though it’s also worth pointing out that there’s already been at least one Blac Chyna pregnancy rumor since Rob and Blac got together earlier this year.

If there does turn out to be a new Rob Kardashian reality show–and it does indeed involve Blac Chyna–it pretty much goes without saying that there would be drama galore. Between Blac’s contentious relationship with Kylie Jenner (and the seemingly endless shenanigans involving Tyga), the once-happy friendship between Blac and Kim Kardashian, and Rob’s hot-and-cold relationship with TV cameras, there’d be no shortage of material to fill time. The big question is whether audiences are suffering from Kardashian burnout. So: Would you watch a KUWTK spinoff starring Rob Kardashian and Blac Chyna?

RHONY: Is Ramona Singer’s husband Mario cheating on her?