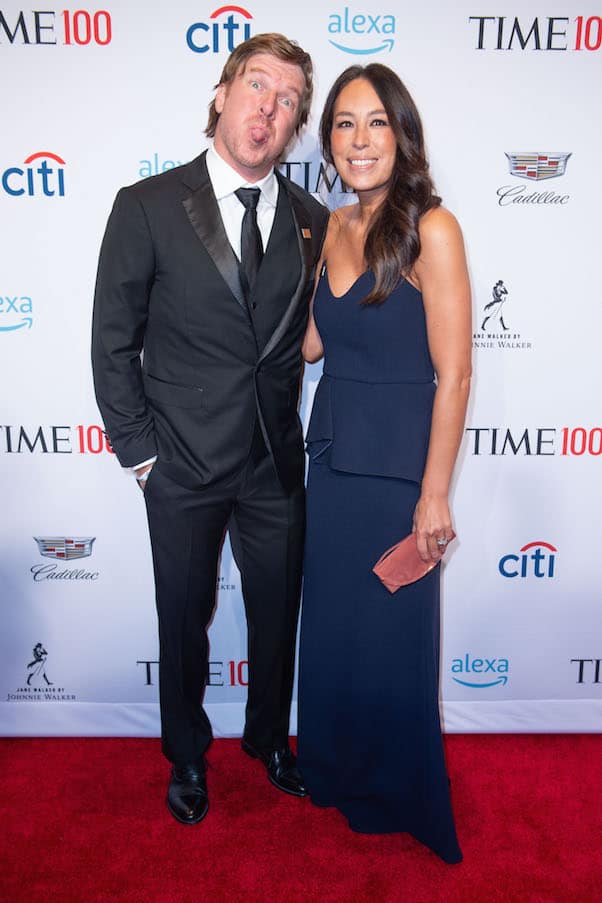 The Gaineses have officially met the First Lady of Home Decor, and things maybe could have gone smoother. Chip and Joanna and Martha Stewart met for the first time at the TIME 100 Gala last night; the most famous couple in HGTV history was being honored for their rise to media powerhouses, thanks to the announcement that they’re getting their own TV network next year. But apparently Martha had no idea who the Fixer Upper couple was until someone else made the connection for her.

The magazine’s annual gala celebrates what it says are the 100 most powerful people in the world; since Chip and Joanna have never had more visibility, money, or influence, their inclusion sounds about right. A generation ago, Martha Stewart set the standard for lifestyle brands; her Martha Stewart Living Omnimedia company is a nine-figure business. It seems kind of strange that the three of them had never crossed paths before.

So it was a big fun to-do when Chip and Joanna and Martha Stewart finally met, right? Not quite. Page Six has Chip saying that he and Joanna were “so excited” to meet Stewart, but that the icon “didn’t have the faintest idea who we are, not a single clue.”

Lest you think there’s some home improvement shade to be thrown here, Chip also said he and Joanna “don’t mind,” and added that “Martha was very gracious and supportive.” He called the whole thing a “really wonderful moment.”

Stewart further clarified for the publication. Via Page Six:

When we asked later about the meeting, Stewart insisted she had heard of Chip and Joanna Gaines’ growing business empire, but didn’t immediately recognize them when they were introduced at the Time 100 gala.

She told us, “I had never met Chip and Joanna at all before, but their Magnolia magazine is published by my publisher Meredith, and I know they have a lovely family and a TV station.”

I guess it makes a certain amount of sense that Martha Stewart wouldn’t recognize Chip and Joanna Gaines on sight. She has an empire to run, and Fixer Upper is technically off the air. (Even the marathons of reruns are no longer omnipresent.) When you’re a media and lifestyle mogul, you probably consume a lot less media and lifestyle stuff than the people you’re targeting with your own product. Still — it would have been nice to actually witness the “And you are?” moment. I bet Joanna had to turn away. Chip no doubt just leaned into the discomfort.

Chip and Joanna’s as-yet-unnamed TV network, a rebranding and relaunch of HGTV spinoff DIY, will begin airing in the summer of 2020. One thing we already know the network will show: Fixer Upper reruns, which will no longer be available on HGTV.

Chip and Joanna Gaines reveal the gender of their fifth child