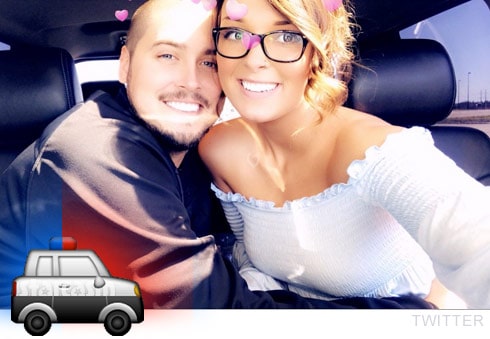 Teen Mom 2 dad Jeremy Calvert found himself in a bit of a bind last month when he got a call from his new girlfriend Desi Kibler to bail her out of jail after she was arrested for DUI, her second DUI arrest on the same night! By the same police officer! On the same road! (Click here for all the details, including whether or not Desi was found guilty of the charges.)

I’ve been blogging about celebrities for a decade now, and I don’t know how many posts I’ve done about celebrities with multiple DUI arrests — a couple of which are from Teen Mom 2 — but I have NEVER seen someone that got arrested for multiple DUIs on the same day! Just hours apart! How does that even happen?!

Desi spoke with The Ashley’s Reality Roundup to explain. “On April 11 I decided to go have a few drinks with a friend,” she said. “We were there for a few hours and I didn’t consume more than three drinks in those few hours. We left around 1 a.m. Thursday morning and I got pulled over because I hadn’t put my new registration sticker on my car.”

Desi says she was administered a sobriety test, which we previously revealed was a breathalyzer and that Desi registered a .0163 BAC — more than twice the Ohio legal limit of .08. She says she was taken to the police station where she was asked to fill out paperwork, a process that she says took two hours. (According to the actual citations, Desi was first pulled over at 1:28AM and then again at 3:17AM.) 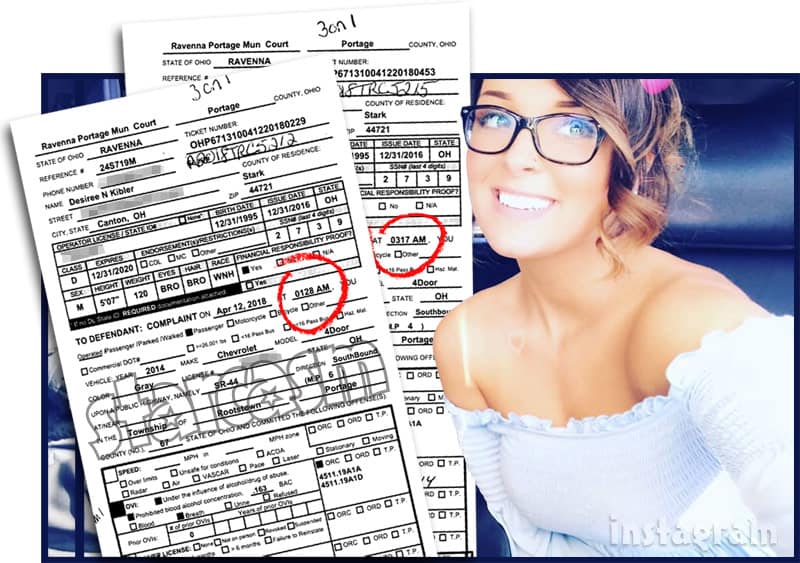 Desi was released after filling out the paperwork, and she points out that she was never told that she could not just go get her car. So, she called a friend, who picked her up and took her to her vehicle — which had apparently not been impounded.

“I wasn’t aware that I wasn’t allowed to drive my car since he let me leave and didn’t repo my car,” Desi argued. “[The same cop] then pulled up behind me when I was out of my car and said I was getting another DUI. Him and another cop went through my car and found an ADHD pill in my car.”

Meanwhile, Jeremy Calvert also spoke with The Ashley and came to the defense of Desi by insisting she isn’t some sort of out-of-control party girl — something that his co-star Jenelle Eason implied when they feuded recently on Twitter. “Desi doesn’t use drugs,” he said. “She drinks, yeah clearly, but who doesn’t drink and drive once or twice? Anyone over the age of 21 without an Uber service in their area goes to the bar and drives home.” He also says that the ADHD pill that was found was an Adderall that wasn’t Desi’s.

Jeremy revealed to The Ashley that he hoped Desi would be able to avoid a lot of the drama that swirls around the Teen Mom 2 cast members, but clearly that was not a realistic hope. It’s still unclear if she has agreed to appear on the show, so I suppose we will all have to keep tuning in on Monday nights to find out!