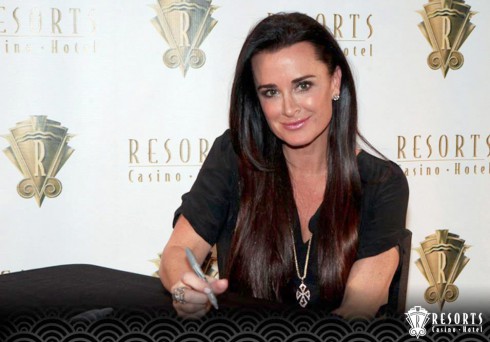 The Real Housewives of Beverly Hills star Kyle Richards appeared at the Resorts Casino in Atlantic City on Friday night where she hosted a free Q&A session and signing. Also while there, Kyle took some time out to speak with Starcasm about the Season 3 drama, the upcoming fourth season, and a very exciting new project with her on-screen nemesis Brandi Glanville!

During her Q&A session, Kyle addressed some of the latest drama on the show including Faye’s tea party invite (or reported lack of an invite) and Taylor’s “missing” child. 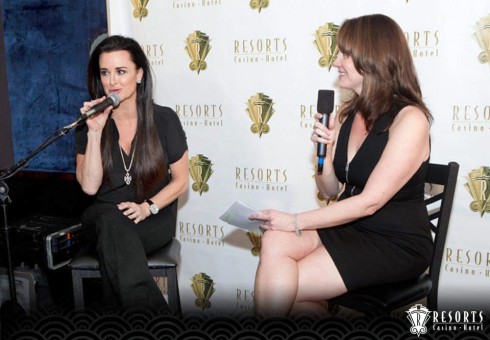 “Faye was invited to Lisa’s tea party contrary to how it appeared,” Kyle told fans of Lisa’s tea-party, also adding that because of her status as on official cast member, Faye is required to attend certain events. Either way, Faye has taken a lot of heat this season and it’s left Kyle feeling responsible at times. “I feel guilty because she got sucked in because of me.” During the chat and our interview with Kyle, she had nothing but the highest compliments for Faye, saying that she is an amazing friend and a kind person.

As for Taylor seemingly losing track of her daughter while off with her boyfriend John Bluher in a recent episode, Kyle says that the whole thing was blown way out of proportion. “On the phone, Taylor explained why she didn’t know Kennedy was with me but that part wasn’t aired,” Kyle noted. And according to her, the issue does get explained later. 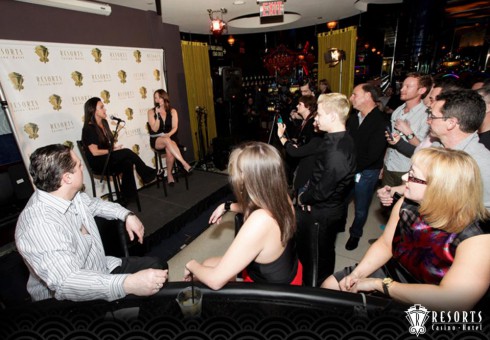 Lately, there have been more than a few casting rumors circulating the web and while Kyle, of course, couldn’t reveal too much about the upcoming fourth season, she did give a few hints.

When one fan asked if she or Kim would do the show without the other, she said, “I think we’d stick together no matter what.” Which means these two are a package deal. Kyle also addressed the rumors that Sylvester Stallone and Lionel Richie’s wives would be joining the fourth season, saying that it has been the “running joke” for a while now. So, we guess those two can be crossed of the list of possible cast members. And when asked about the return of Marisa Zanuck, Kyle simply said, “I don’t know.” 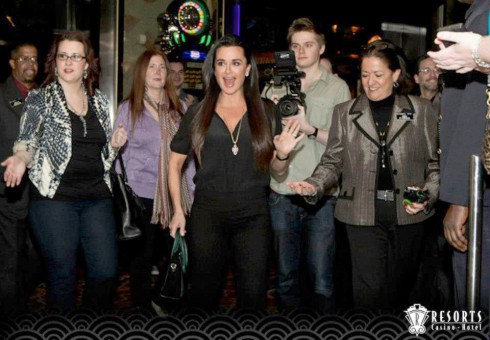 At the end of the day, Kyle says the original six were her favorite. Despite their on-screen bickering, Kyle explained that they worked more as a team and always had each other’s backs behind the scenes.

Since filming wrapped on Season 3, Kyle says she’s been keeping in touch with Kim (of course), Lisa, and Taylor — and she’s even seen Brandi. In fact, Kyle has revealed to Starcasm exclusively that she and Brandi are teaming up for new movie! And in addition to that, Kyle is also working on her second book.

Be sure to catch Kyle Richards in The Real Housewives of Beverly Hills Season 3 every Monday night at 8/7c on Bravo and vote for her as your Favorite Housewife in Ryan Seacrest’s poll — she’s already made it to the Top Ten.

If you live in the Los Angeles area, be sure to stop by Kyle’s new store Kyle by Alene Too (which is actually just down the street from Lisa’s Villa Blanca). If not, visit their website here! There’s lots of great designer duds and some awesome deals as well.

Here’s a video clip of Kyle’s appearance at Resorts Casino:

Brandi Glanville is technically off the market