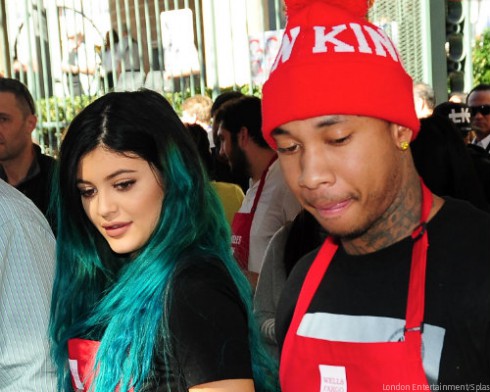 Bruce and Kris Jenner are “concerned” about their daughter’s proximity to the ongoing Tyga / Blac Chyna custody battle for Tyga’s son, and would rather that Kylie not get involved. Multiple sources close to the family do state that Bruce and Kris “trust Kylie and take her word that her relationship with Tyga is on the up and up.”

Not only that–apparently, “Tyga’s close with everyone in the family, including Kris and Bruce, and he’s assured them both that he’ll be a good boy where Kylie’s concerned.”

But, regardless of how close Tyga is with both Kylie and the rest of the Jenner clan, the ugly war of words and spat of sexually charged insults the 25-year-old rapper has exchanged with his baby mama are too much for the Jenners to take:

Their main concern is how contentious his split with Blac Chyna is and they don’t want Kylie getting caught up in it. here are a lot of emotions running hot in Tyga’s split and there is a child involved. They are concerned it’s just a lot for a 17-year-old girl to deal with.

Of course, the Jenner family can only do so much. Kylie and Tyga have a history together, and it appears that the ties that bind them are stronger than ever in the wake of their recent reconciliation.

Plus, Kylie will turn eighteen in just three months. And friends close to she and Tyga have been suggesting that the pair are already engaged, that they’re keeping the engagement a secret until that elusive eighteenth birthday–and that, as soon as the birthday night, we should all expect to hear about how Tyga “put a baby in Kylie.”