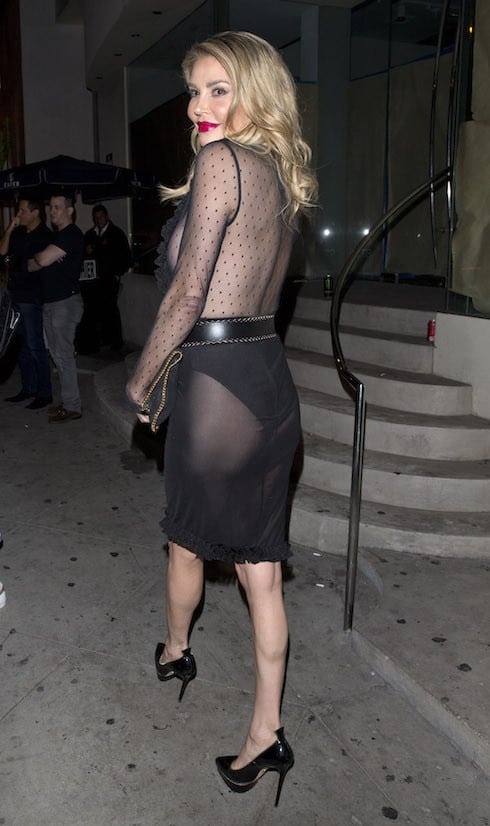 Former Real Housewives of Beverly Hills star Brandi Glanville, fresh off her successful Halloween costume trolling of LeAnn Rimes, decided to make a little scene for herself when she went out to dinner last night. If there’s a dress code at Catch’s West Hollywood location, Brandi either flew in the face of it or set a new standard for it with her ensemble, which featured a sheer top, a black belt, black panties, and a generous helping of Brandi Glanville sideboob: 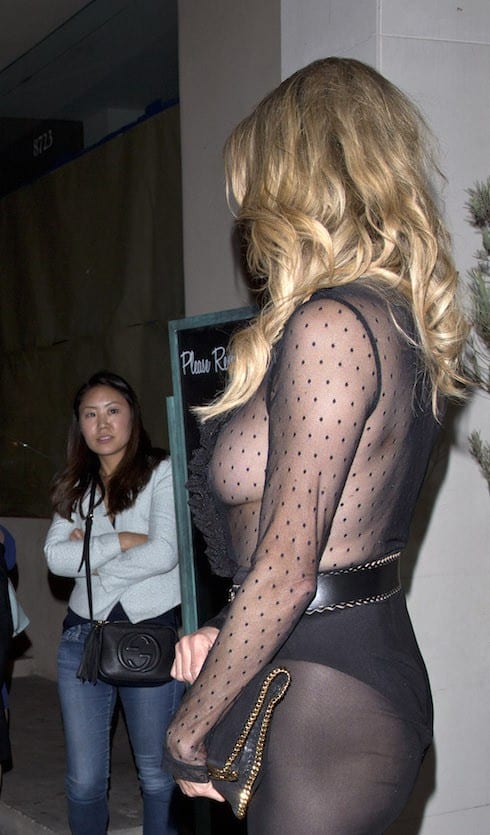 Oh–and there were pasties. Brandi made sure to leave home with her beauty pageant-worthy pasties secure like two barnacles on a clipper ship’s hull: 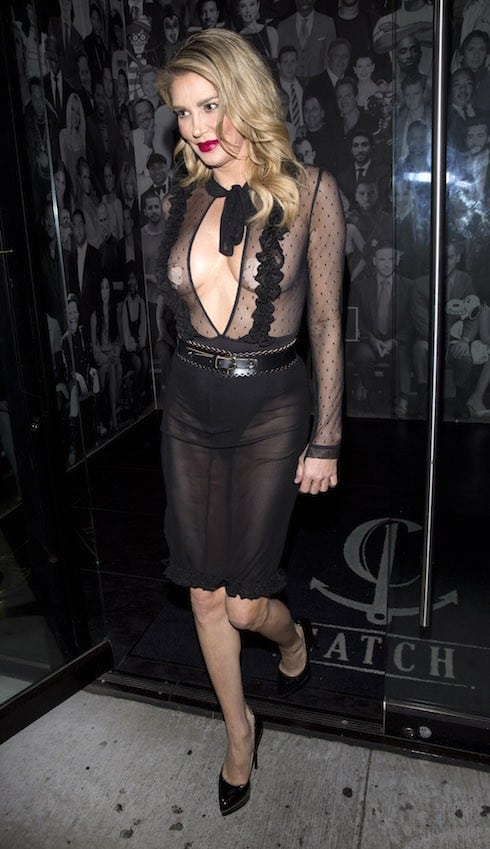 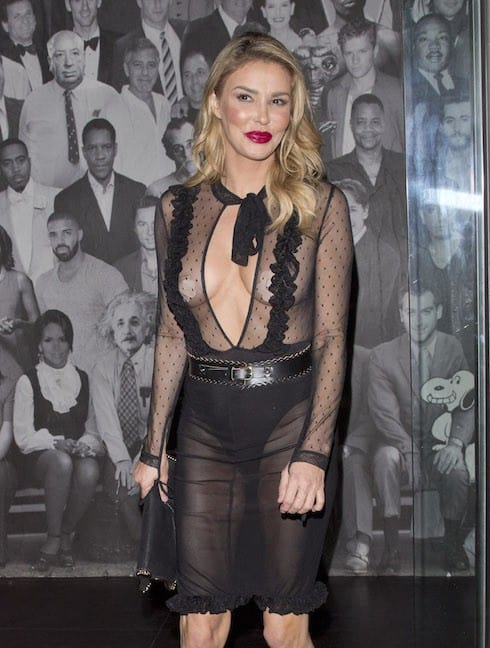 Things appeared to hit something of a snag at the valet stand, though. Brandi looks either too bored to bother stifling her yawn or royally pissed off at something happening in the parking lot. Based on the expression on her face in the second photo, the something may very well have involved her car: 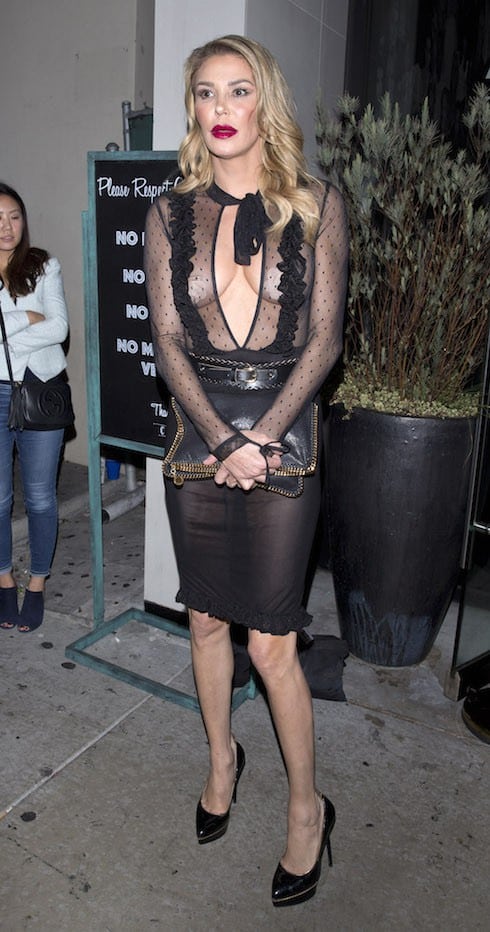 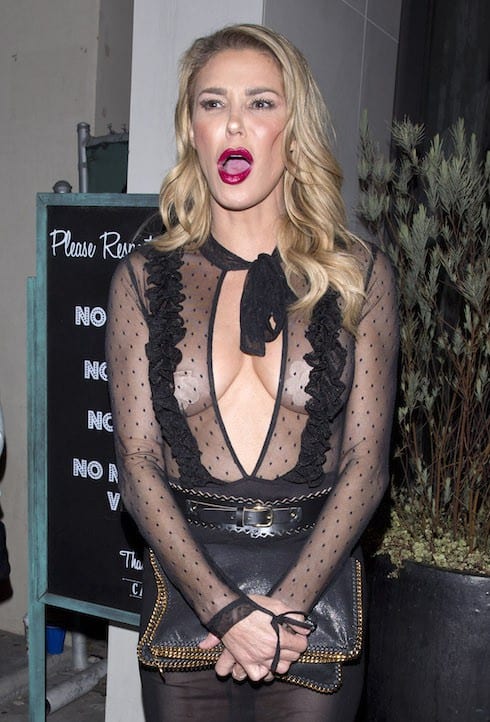 And, as a Brandi Glanville sideboob bonus, here’s a glimpse at what happened just before Brandi departed. Via TMZ, the clip below shows Brandi’s exchange with a few fans gathered outside the restaurant–including one fourth-grader named Michael.

When Michael asks for an autograph, Brandi chides the lad gently, reminding him that he should be in bed so he can get up and go to school the next morning. (According to TMZ, the exchange was filmed at about 9:40 PM). “If you get straight A’s,” Brandi says, giving Michael a high-five, “I’ll sign everything you have.”

A few minutes later, though, the kid is still there, asking for a photo–and Brandi brings the hammer down:

“Those b!tches are gonna troll me,” Brandi says, “but it is so wrong that that kid is out right now.” And she is totally correct! Also, props to Brandi for echoing Chris Rock’s bit about women with kids who party in the club until the wee hours on a school night. The woman knows what she’s talking about–she is a mother, after all.