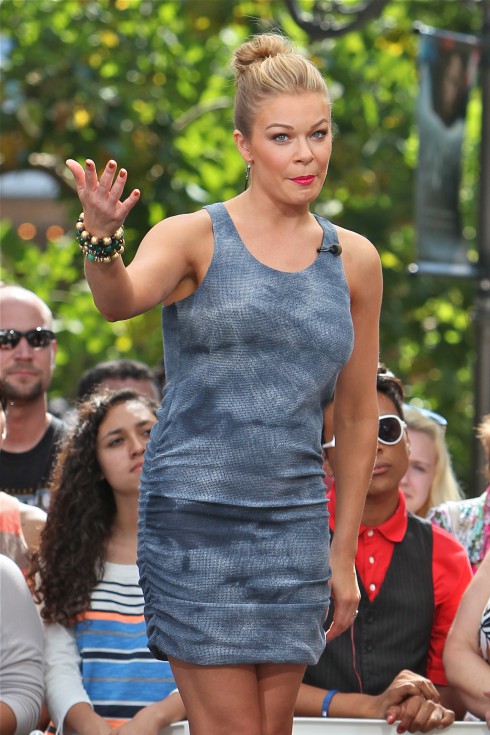 LeAnn Rimes is currently focused on her music and promoting her controversial new album, Spitfire. Well, at least that’s what she claims. In an all new interview, the country singer is spreading the word about her music by telling all about her feud with Brandi Glanville — the feud she claims she does not want to be involved in.

“The thing is, Eddie and I are very proud of the home and family that we have. We don’t like drama, and we don’t want to be part of it,” LeAnn explains to Us Weekly. “We can’t control the people around us, but we can control how we handle drama, and we’ve made a very peaceful life for ourselves and I’m very happy with that. There’s a lot of drama on the outside and we’ve finally learned how to not let it in.”

In the past few weeks, LeAnn has spoken about Brandi on several occasions, telling Chelsea Handler how it’s hard to co-parent with her and complaining that their every move is in the headlines just two days ago. Prior to that, the pair feuded on Twitter about Brandi and Eddie’s sons. Still, LeAnn says she and Eddie “love to just stay in and be away from it all.” 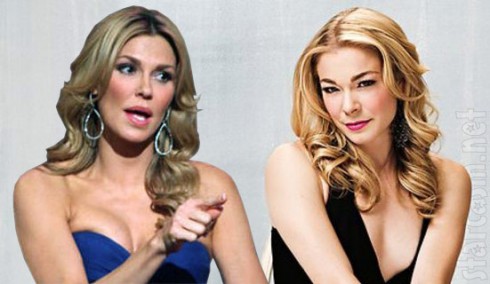 “I definitely have to bite my tongue a lot of the time,” she says. “There’s a fine line because I don’t want to be run over and I do stand up for myself. But I also don’t want to feed into the drama. I did say, ‘I do music, not drama.’ I don’t need drama to have a career.”

Speaking of her career, LeAnn and Eddie are in talks for their own show, a scripted series based on their lives together. While it hasn’t been confirmed, it has been reported that the show will include their drama with Brandi and their at-home lives with her and Eddie’s kids.

“It’s really hard to communicate when you’re afraid that someone is going to take something, twist it and use it in the press,” LeAnn continues. “There’s a reason why I don’t — we don’t — speak right now. And I hope that things like someone tweeting about not being able to get ahold of their kids will subside at some point and not be used as drama. I think if our lives were not played out so publicly that way, then we would be able to communicate better, but, at this moment, that’s not [the case].”

“It’s time for the conversation to change,” she says. “I do music. I don’t blow up drama for the sake of a career.”