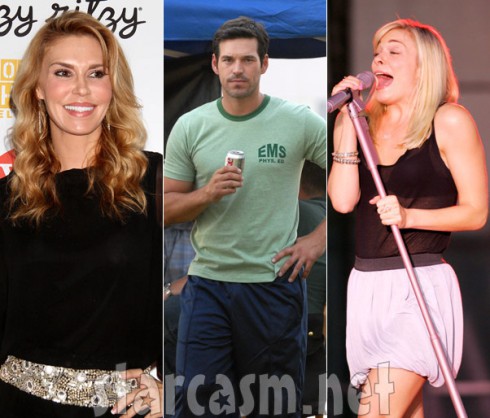 There hasn’t been very much amicability following the split of Actor Eddie Cibrian and Brandi Glanville.  There’s been a truckload of he said, she said and the other she (Eddie’s new wife LeAnn Rimes) said in this headline making break up.

Yesterday I reported that Camille Grammer confirmed there would be a second season of The Real Housewives of Beverly Hills and it was an almost certainty that Glanville would be the newest cast member.  While it’s been rumored that things among Brandi, Eddie and a tearfully apologetic LeAnn Rimes have been smoothed over the latest from TMZ involving Eddie’s reaction to his ex’s new career move may change all that.

Eddie and Brandi have two sons together and according to his reps he absolutely wants them having no part of the reality show.  Cibrian allegedly feels so strongly about this that he’s willing to take the issue to court.  As for Brandi’s feelings about that?  Well sources close to her are stating that she is pretty outraged at what she deems a serious double-standard following a recent spread in People that featured Eddie, LeAnn and the two kids.

So I ask, from what you’ve read and heard about the situation do you agree with Eddie’s hard line or is he being a hypocrite?