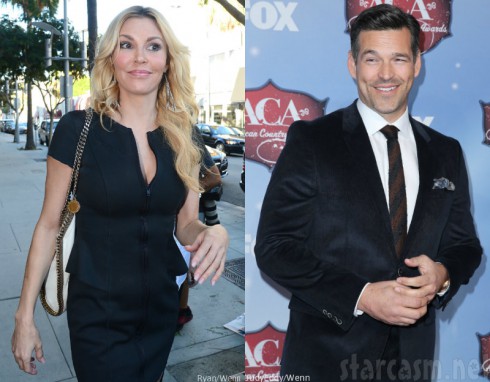 “I’m not taking cheap shots at my ex in my new book cuz it’s all true,” Brandi tweeted today.

In the book, Drinking & Dating, Brandi wrote openly about recovering from the way Eddie very publicly cheated on her with now-wife LeAnn Rimes. She said in one segment, “It turns out the Internet can be your worst enemy. Especially when you spend most of your time googling medical conditions, surviving cheating, or reviewing the twitter feed of some c**t-ry music singer who likes to post countless pictures of your children.”

Now three years out from her divorce, Brandi revealed she’s still battling Eddie over terms of their agreement.

everytime I take 1 step frwd I get a lawyers letter that takes me 3 steps back so wen people say move on, I say 2 my ex LET ME! Just STOP

She added that “Mr. fancy new cars and house man” even asked her for child support. Sources confirmed to E! Online that’s true, but Brandi’s been advised to not talk about it in more detail. She seems fine with that, later tweeting she’s “going to stay positive” and let her lawyer handle the rest.

The fact that an established actor who’s married to a formerly popular country singer is asking his reality TV star ex-wife for child support is a bit surprising. However, Eddie only acted a handful of times in 2013 and has just one film in post-production. Meanwhile, Brandi’s first book, Drinking & Tweeting was on the New York Times‘ bestseller list and she continues to make waves on Bravo’s Real Housewives of Beverly Hills.