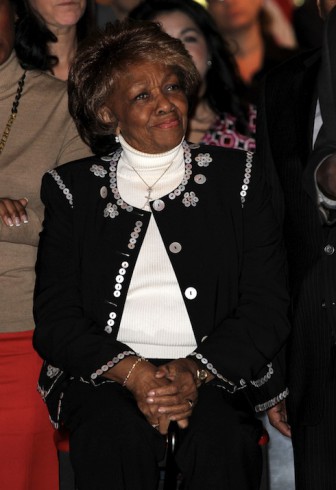 Unfortunately, it appears the rift that appeared last week between Bobby Brown and Cissy Houston is only going to widen.When Bobby filed papers asking a court to give him control over Bobbi Kristina’s entire estate, it upset the Houston family, who currently control it. And the war of words between the two sides is heating up.

Because his daughter Bobbi Kristina is unable to make decisions regarding her own well-being, Bobby has been her legal guardian from the moment she fell into a coma on January 31st. However, Bobby is not in charge of BK’s inheritance from Whitney Houston–that role falls to Cissy Houston, who has controlled Bobbi Kristina’s portion of the Houston estate since Whitney’s death. (The initial reason is that Bobbi was not yet 21 years old when Whitney died.)

The Houstons say they don’t trust Bobby’s motives, they think he should simply “let [BK] go” peacefully, and that they will fight him “to the grave” before giving up control of the inheritance. The exact value of that inheritance is in dispute, but sources with knowledge of music industry royalty payments estimate its value as high as $20 million. Whitney Houston’s entire back catalog immediately became a top seller following the singer’s untimely death.

The situation is complicated by the fact that Bobbi does not have a will, and that, while there have been reports she married boyfriend Nick Gordon, there’s no evidence of such a marriage. Gordon has been unable to produce a marriage license, but he has been adamant in his desire to see Bobbi Kristina, who he affectionately calls “Krissy.” A friend of Gordon’s told People that rehab did the young man well:

Rehab was a success for Nick. He did very well and cleaned himself up. Now, he just really wants to see Bobbi Kristina….It’s hard for him not to be able to see Krissy. He wants to see for himself how she is doing. He only has third-hand information and doesn’t know any more than what the media has been reporting.

Gordon, 25, is currently living with his mother in Orlando and planning his next move.