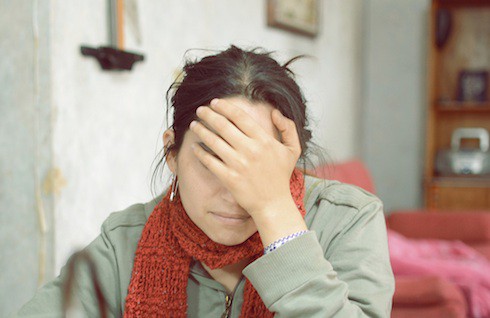 A woman in a wheelchair got both more and less than she bargained for on an episode of The Price is Right this week. Danielle, a perfectly nice-seeming woman, got to be a contestant on the show, and had to guess the correct price of one of two common (ish) household items. As one does on the show. The two items had clearly been decided upon beforehand, and Danielle simply bore the brunt of an unlucky draw. Check out the video:

There are a couple of cringe-worthy moments happening here. The first is when Drew Carey–who, it’s worth mentioning, is about as genial a fellow as you’re likely to meet–tells Danielle he “thought she’d never get up” on stage, and then seems wince slightly, as if he’s just realized how that might sound. The second comes when George, The Price is Right’s announcer, lingers way longer than usual after announcing the first item and the second. Almost as if he’s just realized how it looks to offer a treadmill to a woman who can’t use it.

Danielle seemed more thrilled to be on the show than anything else. And she wound up winning the sauna, so good on her. The whole scenario actually called to mind this past week’s “Orioles” sketch on SNL, in which the announcers calling the fan-less Baltimore Orioles game had their feet in their mouths more than they had them on the floor.