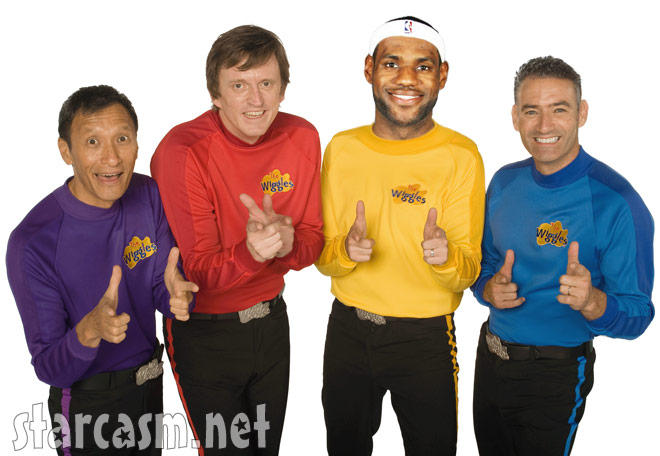 Oh the power of blogging! In his “Retro Diary” of game 6 of the NBA Finals, sportswriter extraordinaire (and starcasm fave) Bill Simmons had this to say about a rather unseemly sequence of ball aversion involving Miami Heat superstar LeBron James:

9:36: The last LeBron sequence just reminded me of something: If somebody on YouTube doesn’t put LeBron’s face on one of the Wiggles in this “Hot Potato” video soon, I’m going to be bitterly disappointed. I don’t ask for much. Come on.

No one (outside of the person responsible for trading Kendrick Perkins) wants to bitterly disappoint Bill Simmons! So, as you might have guessed, his wish has been granted!

(If it were actually MJ we were talking about instead of someone pretending to be as great as MJ I could have jokingly said Bill’s “wish has been Horace Granted” instead.)

I figure the joy in seeing this video is worth having to listen to at least 12 stories about people’s bad fantasy football beats! Now, if we could just get Bill Simmons to wish for the Redskins not to suck any more…