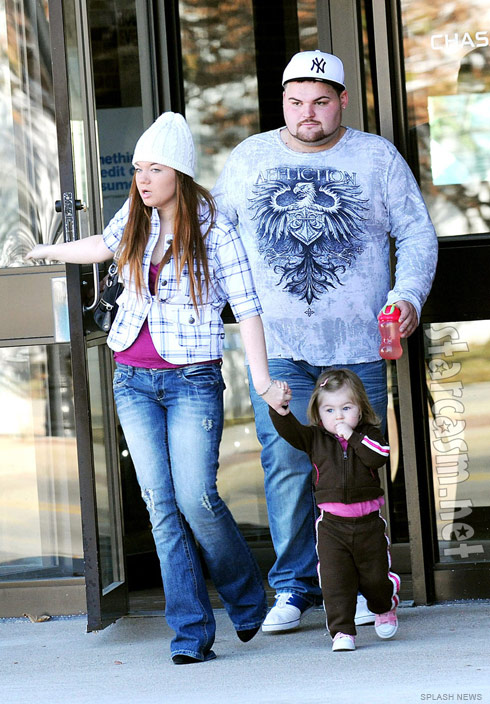 Though the numerous reports surrounding Amber Portwood’s trip to the hospital earlier today are somewhat conflicted, they do seem to concur that the troubled star of Teen Mom was feeling depressed and suicidal prior to police and ambulance arriving at her home and transporting her to the hospital.

Before the incident Amber took to her Twitter account to express outrage at her ex Gary Shirley for alleged infidelity by tweeting:

Heres my tweet f**k all you haters! Im a nice person to great! Maybe next time he shouldnt cheat w 3 girls! Why do you think i was so mean!

This could be alluding to statements made earlier by Amber that Season 3 of Teen Mom would reveal why she was so violent towards Gary in previous seasons – violence that resulted in a two-year probation sentence being handed down last week.

Amber seemed much more depressed and desperate when she later tweeted:

@ItsGaryTime Truth is out but gary I can’t take people hating me for a lie u told me I’m so broken! I can’t do this no more

Never cheated on Amber.. She may have thought I did, but haven’t. I will always love and respect her even if we aren’t together.

Due to recent events, it was best that Amber delete her Twitter.. Appreciate all those who continue to support.

UPDATE – Gary has tweeted again in defense of himself:

I will say this Amber is fine. I never threatened custody to Amber if we couldn’t trust each other we would have problems. But we can.

This is really awful stuff. All I can think about is their daughter Leah and how in the world she’s going to cope with all of this now and as she grows up. I hope Dr. Drew is on a plane to Indiana as we speak!