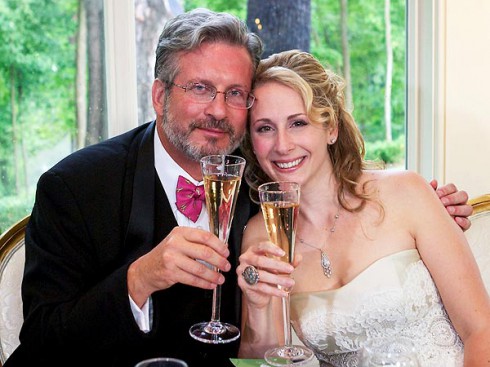 Tonight HBO airs a documentary about some particularly horrifying events that took place in the town of Cheshire, Connecticut on July 23, 2007. Former endocrinologist William Petit’s wife Jennifer Hawke-Petit and daughters Michaela (11,) and Haley (17) were murdered during a terrifying home invasion that was supposed to be a quick robbery but turned into a brutal seven-hour torture. Now William Petit is trying to rebuild a new life and keep the nightmares at bay.

Dr. Petit’s late wife Jennifer Hawke-Petit and their daughter Michaela were being watched by Joshua Komisarjevsky, on parole from several burglaries, were being watched July 22 during a routine grocery store outing. He followed them home and recorded their address.

That night he came back with accomplice Steven Hayes where they beat William Petit and Jennifer Hawke-Petit and tied them up. The girls were tied to their beds. The robbers found the loot they got from the house insufficient, so the next morning Hayes took Jennifer to the bank to withdraw $15,000. While there, Jennifer was able to send a message to the bank teller asking for help. While they were gone, Komisarjesky raped the 11-year-old girl. When Hayes returned with Jennifer, he raped her. Somehow William had managed to escape through the basement, and when Kamisarjesky found out, they strangled Jennifer and doused the house and the two girls in gasoline and set everything on fire. During some of these events, the police, who had been called by the bank teller, were outside the house, and they arrested Kamisarjesky and Hayes when they tried to flee the flames.

Both Hayes and Kamisarjesky are on death row, and are of some of the last criminals sentenced to death in Conneticut because the state stopped capital punishing for future cases last year. The Cheshire Murders by Kate Davis and David Heilbroner actually seems to explore some of the gray issues in a case that seems black and white based on the brutal facts. The filmmakers talk at length with friends and families of the victims, and with those close to the killers. They investigate some of the strange things that happened the day of the crime (why didn’t the police go inside the home right away?) and the backgrounds of the killers, not to excuse them in any way, but to give some sort of insight about the lives of men who were capable of doing such evil things.

After the events, Dr. Petit struggled with nightmares that bolted him awake around 3 A.M. each morning without fail. “In the beginning, when I couldn’t sleep, it was always that night,” he told Esquire recently. Eventually the nightmares subsided, but the mornings became tough. “It would always be right in front of me. Right in front of your face.”

William met Christine Paluf (36,) a photographer, while she was working for the Farmington country club, but they got to know each other when he hired her to take photographs from the Petit Family Foundation, a charity he created in honor of his family to help those affected by violence and people suffering from chronic illness. She’s stayed by his side during the harrowing trials for the killers, and is now helping William Petit rebuild his life and find some degree of light and joy in it. UPDATE: Dr. William Petit and wife Christine are now expecting a baby!

Part of her help was a little interior decorating. “This was all dark. All dark. Then she put these funky lights in. Put a new floor in, got rid of some furniture,” he said. Christine says she tries her best to give him exactly the kind of support he needs. Sometimes he just needs her to hold his hand during a quiet evening. She says she tries to make him laugh, and mentions Jennifer sometimes, because she doesn’t want him to think she wants him to forget about his former life. She says things like “You don’t like doing dishes do you? How’d that go over with Jennifer?” that will give him a laugh.

Jennifer Hawke-Petit’s sister Cindy Hawke-Renn has also offered support to her grieving brother-in-law. “I think he’s really moved into a different place in his life, and I have always tried to tell him you have to find joy every day in life and I feel like he really did learn how to do that. He’s now newly married. Our family attended the wedding of he and his wife Christine last August, and I think that he’s working the best he can on trying to form a new family and I’m very excited for him.”

“I feel like I really lost a close friend when I lost my sister,” Cindy explains. “But I also feel I gained almost a bit of a new sister when I gained Christine into my life, and she’s just been wonderful.”

Although the nightmares have subsided, he still has trouble sleeping, and only gets a few hours in each night. “You do what you have to do, you just keep going,” William Petit says.

The Cheshire Murders premieres tonight on HBO a 9 PM EST.