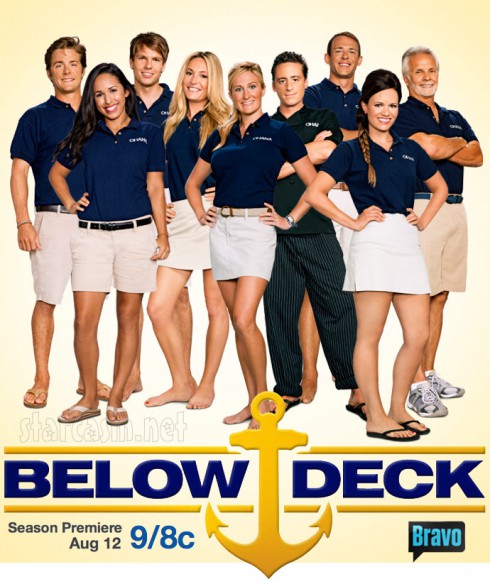 Last year Bravo had a break-out reality hit with the maiden voyage of its maritime-themed reality show Below Deck, and yesterday the network announced the show will be returning for another outing on August 12 with a completely overhauled crew!

But perhaps the most important new cast member isn’t even human — it’s the boat! This season the Below Deck crew will be sunnin’ and funnin’ in the British Virgin Islands aboard the 153-foot mega-yacht “Ohana.” Here’s the first official preview trailer for Below Deck Season 2 so all you naval-gazers will get an idea of what high seas hi-jinx are in store this season:

And here are photos, bios and Twitter links for all the new cast members: 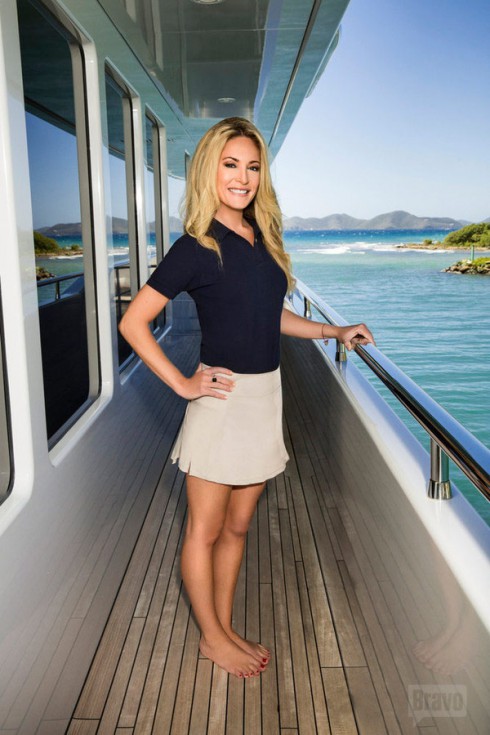 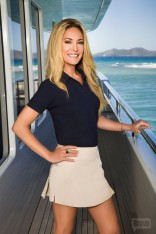 Kate Chastain, 31, comes from Melbourne Beach, a charming small town on the Space Coast of Florida. While working her way through college at high-end dining establishments and lounges, Kate discovered her natural talent and passion for providing excellent service and ultimately anticipating her guest’s needs. After graduating with a Bachelor’s degree in Organizational Communication from the University of Central Florida, Kate moved to Ft. Lauderdale to find a job as a mega yacht stewardess. During her seven-year yachting career, she has enjoyed cruising through the Caribbean, Mediterranean, Central America and New England as well as an Atlantic crossing. 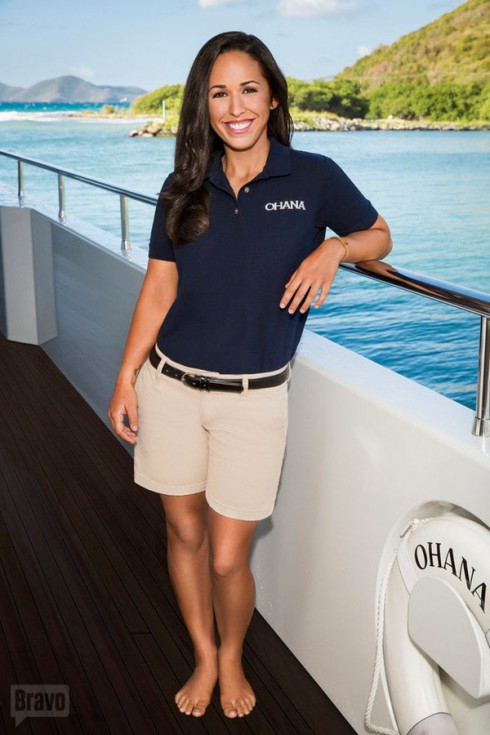 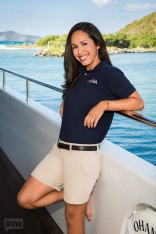 Born and raised in Albuquerque, New Mexico, Jennice Ontiveros, 25, first learned to love the water on Elephant Butte Lake. With a dream to live closer to Hollywood and the beach, she moved to the Los Angeles area at the age of 18 to pursue a B.A. from Whittier College in Business Administration & Theatre and Communications Arts. A job in documentary television brought Ontiveros to Chicago shortly after graduation, but her need for adventure and travel left her feeling unfulfilled. After a bit of research, opportunity and luck, Jennice landed her first Deck/Stew position on Lake Michigan during the summer of 2013. Within a few months in the industry she packed her bags and moved to Fort Lauderdale in search of a bigger and better “yachty” lifestyle. 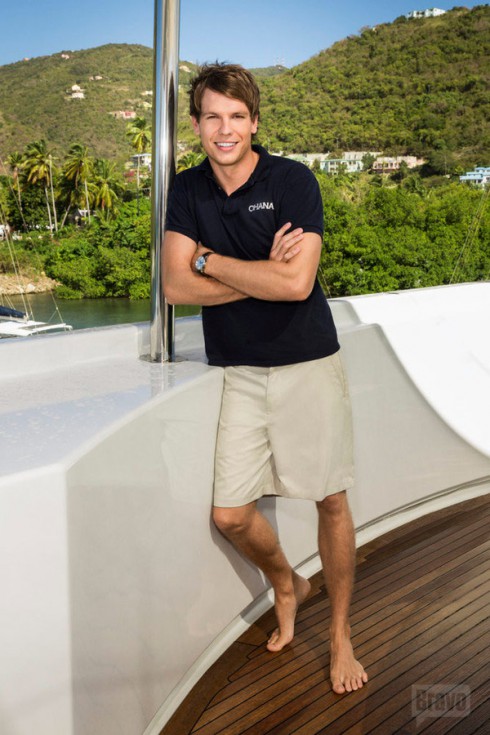 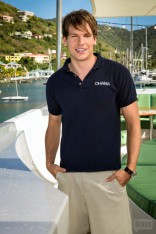 ANDREW STURBY
Deckhand
Twitter: @AndrewSturby (Not 100% sure on this one)

Andrew Sturby, 26, was born and raised in Winnipeg, Manitoba, Canada before moving to Nassau, Bahamas in his early teens. He attended a university-preparatory school in St. Catharines, Ontario, Canada where Andrew excelled in football and crew. Immediately after high school, he became a working, traveling international model for high fashion and commercial brands such as Abercrombie & Fitch, West Coast, and Roots Canada. He has enjoyed living in the Bahamas, Italy, France, the Phillipines and Canada as a well-traveled individual. Andrew currently lives in West Palm Beach, Florida and is close with his parents and older brother. Living in the sunshine state, he renewed his love for the ocean ultimately finding himself seeking out work as a deckhand in the yachting industry. 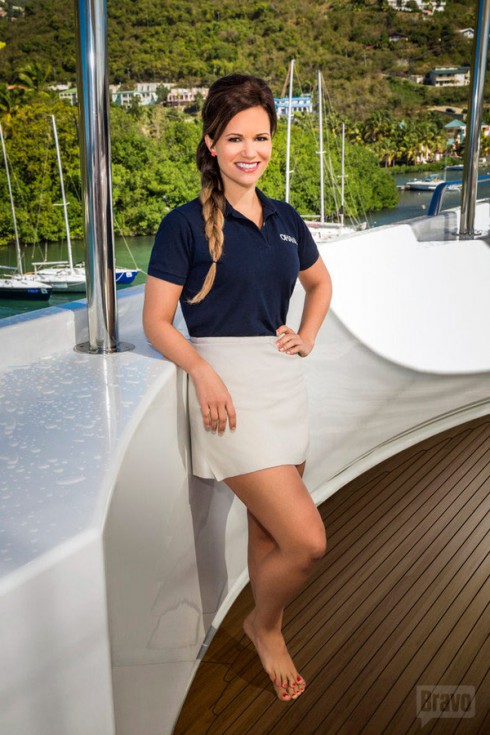 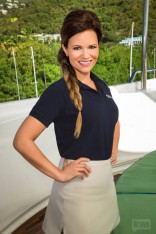 Amy Johnson, 31, a southern belle known for her spirited attitude and enthusiastic personality, grew up in the small town of Wichita Falls, Texas. She was raised in a loving, conservative home, with her brother and fellow cast member, Kelley, who is her best friend and confidant. Amy graduated from Texas A&M with a business degree in Marketing and was recruited to the nation’s top selling Cadillac dealership as a sales representative, where she remained for several years. Realizing she was lacking two things she loved most, travel and adventure, she moved down to Florida to enter the yachting industry. Amy’s impeccable work ethic, positive approach and adaptable personality allow her to have that “glass half full” mentality. 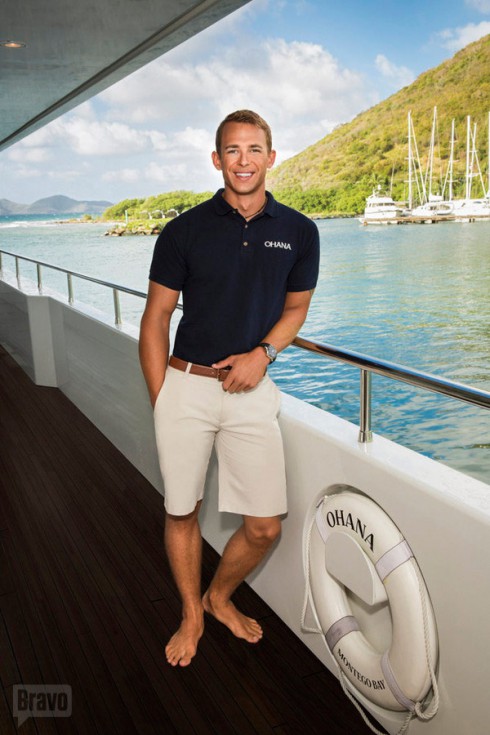 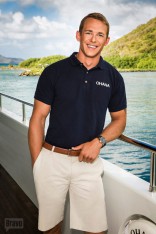 Kelley Johnson, 27, was born and raised in Wichita Falls, Texas, with his older sister and fellow cast member, Amy. His love for the water became apparent even as a toddler, when his mom discovered TV fishing shows were the quickest way to calm him down. Kelley’s brave and courageous spirit led him to join the Marine Corps as the tension in the Middle East was at its height. He was part of the operation that helped rescue Captain Phillips, and was selected with a small group to monitor and escort the Somali Pirate and turn him over to officials in Djibouti. After leaving the Marines, Kelley moved to Florida to be near his sister and close to the ocean. A romantic at heart, he left his first job on a yacht to pursue a land-based relationship and went to work in the corporate world. After the relationship failed, feeling unsatisfied with his job, and a push from his sister, Kelley gladly left his desk job to rejoin the yachting industry. Getting to live and work on the water while being able to fish in his free time is the ideal life for this Texas native.