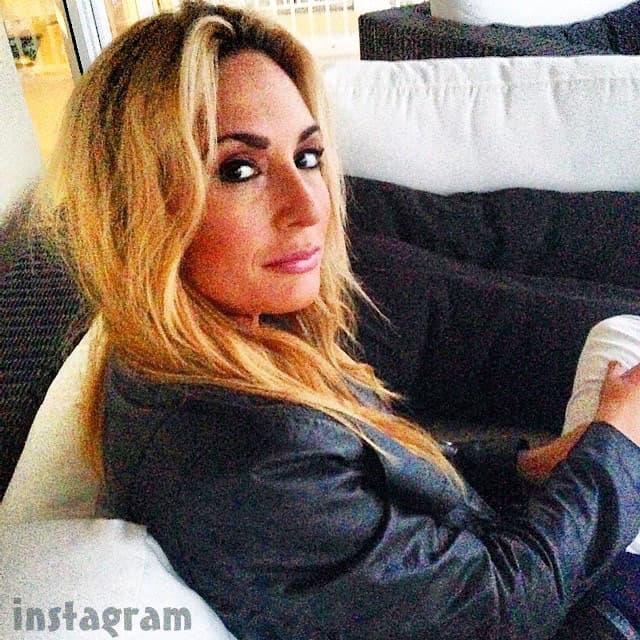 Below Deck fans were shocked earlier this month when Chief Stew Kate Chastain was arrested and charged with felony domestic violence after allegedly biting and attempting to choke her girlfriend, Ro Hernandez.

After the story broke, Kate did not address the incident on social media, other than to say that it was a “difficult & humiliating time” for her and to promise that “the truth will come out.” Never one to lose her sense of humor, Kate did make a joke about the fact that there was a new season of Orange Is The New Black: “Scrolling through my Netflix queue and saw that there are new Orange is the New Black episodes,” she tweeted. “It may be too soon.”

More than two weeks after the incident, Kate broke her silence earlier today with a lengthy blog post in which she talked about the events just before and after her arrest. In the opening paragraph of the entry, titled “The Miracle Of A Detour,” Kate reveals “that the past few weeks for me have been less than ideal,” adding: “I can only describe it as living in a dark and twisted nightmare because in reality, none of it makes any sense.” She then explains what the blog entry is about: 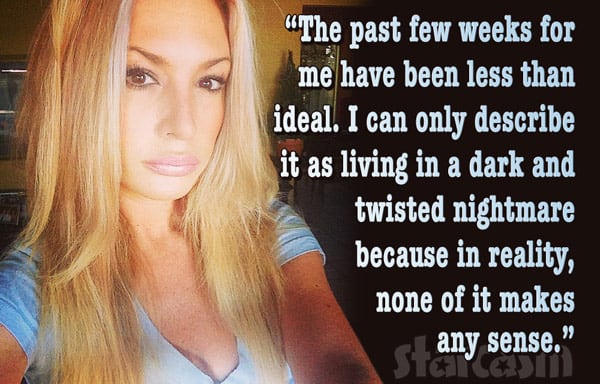 Kate then tells a story that begins just after her altercation with girlfriend Ro, but prior to her arrest. (In case you missed it, Kate was arrested after Ro showed up for work with bruises on her arm, so there was a period of time between the altercation and Kate’s arrest.) Kate says she had a female friend of hers that was also going through a recent break up staying with her, and that the two of them jokingly referred to Kate’s apartment as the “Heartbreak Hotel.”

It was Monday and the two ladies had just come off a weekend of sipping wine and laughing in an attempt to keep each other’s spirits up. Kate had decided that as a positive affirmation for her life moving forward that she wanted to get a puppy, so she asked her friend to go along, and she agreed.

But, before they could head out on their puppy adventure, they were interrupted by a knock at the door. It was the police, who were there to arrest Kate. (Kate doesn’t go into any details, but she hints a couple times in the blog entry that her arrest and everything that happened was all based on what one person said — which I am guessing is referring to what Ro told police about what happened.)

48 hours of not eating, not showering and making all sorts of interesting new friends later, I was able to wear my own clothes and use my own phone again and found myself dealing with a shit ton of unexpected large scale life chaos. The first couple of days were a barrage of basically every horrible emotion a human can feel all at once and to make matters worse I was having to stay at my parents house for a little while, exiled from my own home for the sake of caution. ( My parents are lovely and amazing and I am so lucky to have them but unless there is some kind of holiday involving nutmeg, living with your parents can sometimes feel a little less than celebratory.) Depression would have been a warmly welcomed upgrade from what I was feeling during that time, only less than two weeks ago.

The rest of the post is about how Kate revisited her desire to get a puppy, and how a bizarre string of events (including at least one possible miracle) led her to the adoption of a Maltese Yorkie terrier mix she named Halo:

Adopting a 1 yr old already trained dog is like moving into a nicely furnished home. All that's left to do is enjoy pic.twitter.com/GI4oheJahk

The experience left Kate feeling optimistic and on board the “everything happens for a reason” train:

That is why even though I don’t understand at the moment why my life has recently taken such a bizarre and wrong turn, I truly believe that one day soon I will look back and see how this was all just leading me to the right place. And until then, I have the joy that Halo has brought back into my life to focus on and that is so much more than any therapist, vacation or natural tongue numbing extract could ever provide.

It’s great to hear Kate being so positive in what has to be an absolutely terrible time. We certainly wish her the best, and we hope she and Ro are able to handle all of the legal fallout without too much unpleasantness.

BELOW DECK Ross Inia punched cop in the face, threatened his family according to arrest report