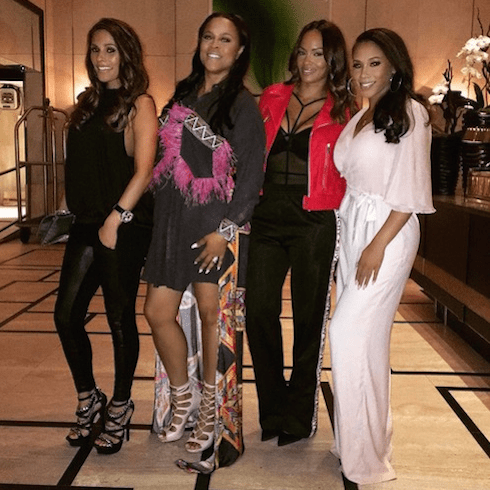 The long-awaited return of Basketball Wives is nearly upon us, and the show is literally bigger than it’s ever been. Season 6 will merge the casts from Miami and LA and introduce at least four new members–including maybe the two highest-profile baby mamas associated with the NBA today. For that reason, we’ll organize this list of Basketball Wives husbands and boyfriends (and baby daddies) in reverse chronological order, with the longest-serving cast members coming at the end. 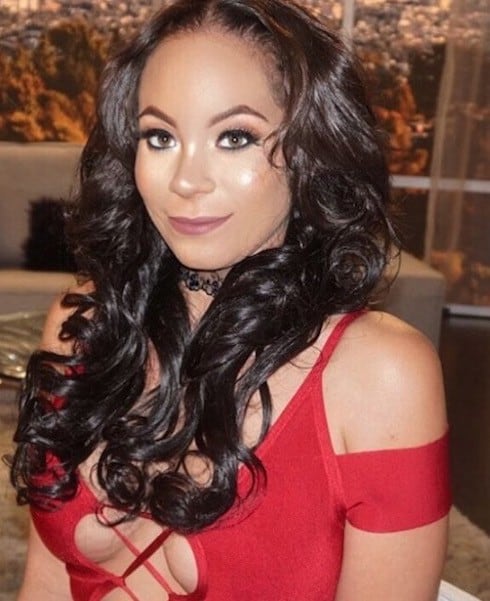 Aja Metoyer became the best-known NBA baby mama of her generation when she got pregnant by Miami Heat star Dwyane Wade during Wade’s break from now-wife Gabrielle Union. While Wade and Union finally consented–for still-unknown reasons–to let Aja appear on Basketball Wives, Wade did not permit his name to be used in connection with the show. Aja’s official VH1 bio only says that she “had a relationship with a well-known athlete in the league.” So, if you’re hoping D-Wade will appear this season, you’re out of luck. 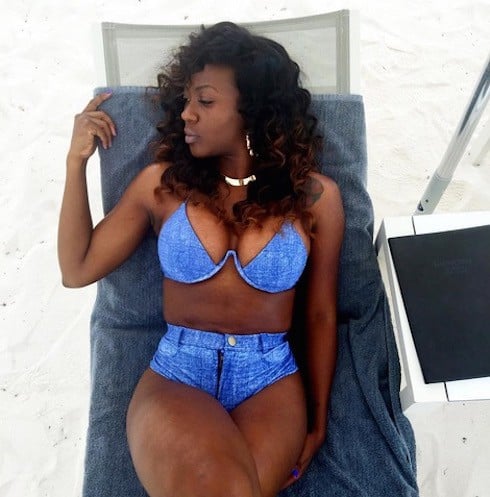 Keonna Green is the other high-profile addition: she’s had two babies with the Los Angeles Lakers’ Nick Young. It seems Keonna came to the Basketball Wives cast hoping for “a fresh start,” according to her bio; she went through a very public breakup and feud with Young last summer. (And Young also didn’t allow his name to be associated with the show: he’s referred to only as “a current Los Angeles player” on VH1’s website, though the site does note that Keonna and Nick were high school sweethearts.) 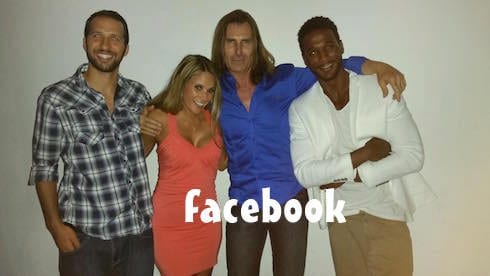 Bonnie-Jill Laflin is best-known for being the first female scout in NBA history. She worked for the Lakers from 2000 until several years ago, and thus has several NBA championship rings. (She also has a Super Bowl ring from her tenure as a Dallas Cowboys cheerleader in the early 90s.) Bonnie-Jill’s boyfriend is former baller Kareem Rush, who played for both the Lakers and the Clippers–among several other teams–during his seven-year career. That’s Kareem on the far right of the photo above–and, yes, that really is Fabio in between Kareem and Bonnie-Jill.

Last among the new Basketball Wives cast members is Aja’s sister Cristen Metoyer. Cristen’s been dating one-time Knick Joe Crawford for seven years, has a daughter with him, and “hopes that…maybe this is the year he will finally propose.” If he does, he would elevate Cristen into the pantheon of members of the Basketball Wives cast who are currently or have been actual wives 🙂

Of the old-schoolers, Evelyn Lozada and Carl Crawford are the only pair for whom we don’t have a photo. However, as we recently explained in our feature on the couple, all reports that their long-time engagement is on the rocks are premature: Carl is an extremely private person, and Evelyn honors that by keeping him out of her social media updates. 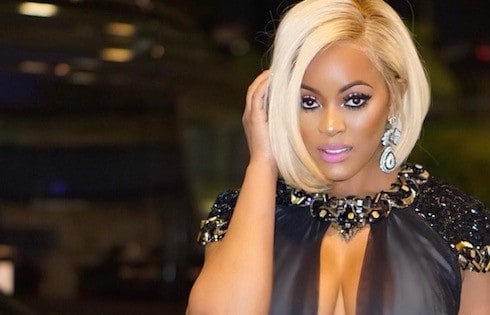 Returning cast member Malaysia Pargo is actually a basketball ex-wife: to the surprise of many viewers, she and Jannero Pargo officially ended their tumultuous relationship after Season 5. It seems that part of Malaysia’s fresh, post-divorce start was going to be a move from LA to Miami-that is, until she realized that the Miami cast was moving in on her territory. (That may sound dramatic, but VH1 has a knack for making these women sound like Sicilian gangsters in the 20s.) So it seems she’ll be sticking around to fight the good fight. 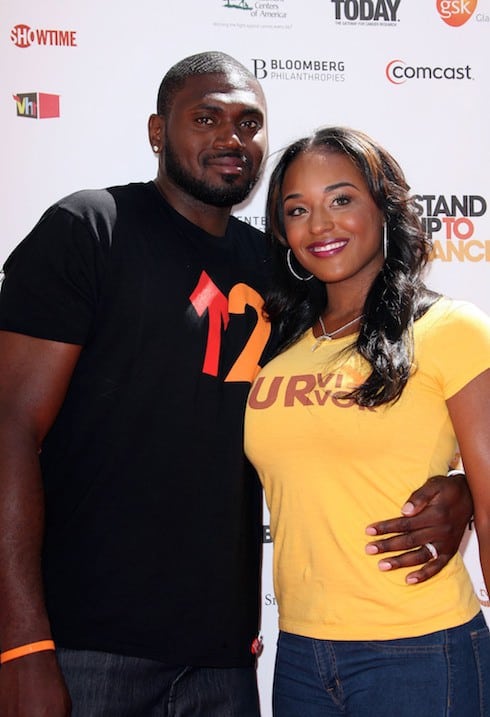 Brandi Maxiell has already made her move: she’s “relocated to Dallas,” where she’s struggling in her marriage to Jason. It seems it’s Malaysia’s distress signal that lures Brandi back to Los Angeles, though the current state of her marriage appears to be an open question. 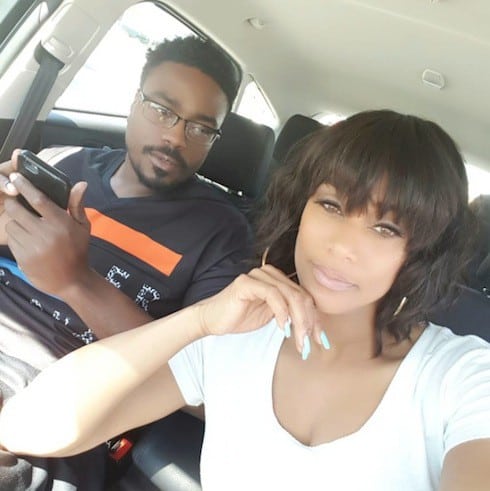 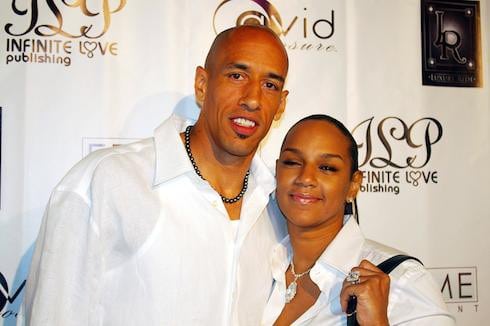 Jackie Christie has been married to her husband Doug for 20 years. It’s the most stable relationship in her life–something that apparently will be tested when Evelyn’s return “causes a chain reaction that leaves Jackie’s world crumbled,” per VH1. Potentially included in that drama: the ongoing feuding between Jackie and daughter Takari, whose recent announcement of a tell-all memoir did not sit well with Jackie. 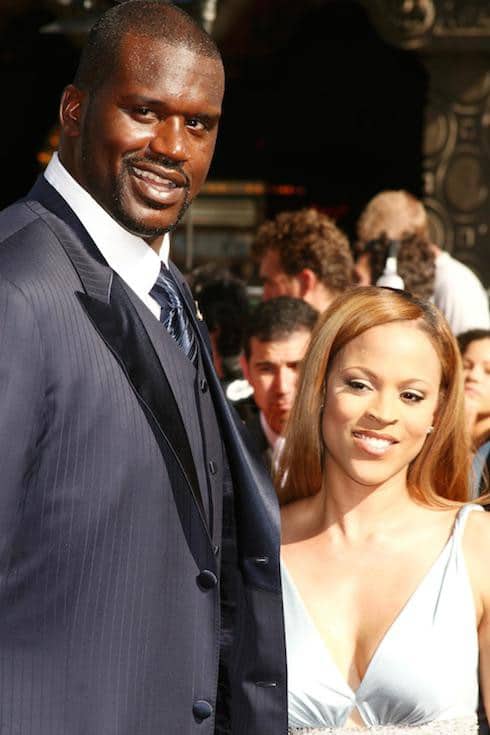 As for Basketball Wives creator and star Shaunie O’Neal? She was married to some player back in the day. We haven’t been able to identify him, though 😉

Basketball Wives Season 6 tips off Monday nights at 9 on VH1.