I have endured the, ahem, full joys of womanhood for almost 20 years, and cannot ever recall having seen anything other than what looked like windshield wiper fluid being poured onto the maxi pads shilled in TV ads. Usually by some shiny haired, smiling woman dressed in white who happens to be mid-pirouette as she explains how much she <em>adores</em> her feminine hygiene products. (We all hate her, by the way. But we still subconsciously want to run out and buy whatever the hell she's buying, natch.) But suddenly, as I sat waiting for Nev Schulman to sniff out the truth behind sketchy Internet love connections (the reality-TV version of the truth, at least) on Catfish this week, MTV aired an ad showing a pinkish-red liquid being poured onto a period pad. If I had blinked, I would have missed it. But I didn't blink. I saw it, and then I pressed re-wind on my DVR and saw it again...
Read More...
Two police officers were shot in Ferguson late Wednesday night as protests wrapped up for the evening, according to St. Louis County Police Chief Jon Belmar during an overnight press conference. Watch dramatic eyewitness video of the moment shots rang out here now. (Warning: NSFW language, which is understandable.)
Read More... 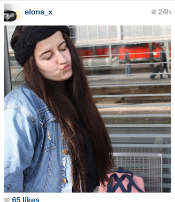 Her name is Elonë and she says her message is simple: "Feminism is equality, not men hate." Of course, this being the Internet and all, not everyone is down for feminist positivity and shaming rape apologists by sticking sanitary napkins with message taped to them all over the city. (She is basically using maxi pads to tweet IRL, you guys. She also employs slightly more conventional social media tactics, which are clearly working.) See pics of the now-viral feminist period pads and meet Elonë here...
Read More...

The Jodi Arias trial concluded its sentencing phase Thursday with a second Arizona jury unable to reach a unanimous verdict in the case, meaning Arias will completely avoid the death penalty. On March 5, 2015, Judge Sherry Stephens again declared a mistrial in the capital case due to a hung jury. Several jurors gave an audio-only group interview immediately following the mistrial announcement. In the media pool interview, they anonymously reveal what really went on in that deliberation room. Read more here now...
Read More... 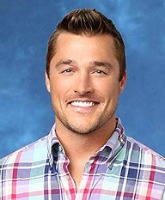 Who is Chris Soules engaged to? While ABC viewers eagerly await the answer, new Bachelor 2015 spoilers suggest there may be an even more important question that fans should be asking: did Bachelor Chris really end up proposing to the woman he most wants to marry, or did he settle?!
Read More...

On Feb. 28, Fifty Shades of Grey actress Dakota Johnson hosted Saturday Night Live, and starred in the controversial SNL ISIS sketch everyone will be talking about on Monday morning. (Actually, they're already talking about it online.) Did SNL writers go too far this week? Watch the skit here now and judge for yourself.
Read More...

In the new full-length Pitch Perfect 2 trailer, we nearly get a sneak peek at Fat Amy's "Down Under," learn the Barden Bellas have to go head-to-head against an epic European a cappella group to retain their prestige, and come up with brand new reasons to love Anna Kendrick, not the least of which being a mic-drop-worthy World War II reference. All this and more in just two new minutes of pitch-slapping fun...
Read More...

Who does Chris Soules end up with when The Bachelor 2015 finale rolls around next month? That's the question die-hard fans of the hit ABC franchise are anxious to have answered. Some viewers are content to wait until March, avoiding Bachelor spoilers so they don't ruin the surprise. Others gobble up every juicy bit of gossip from Week 1 until the very end. If you're in the instant gratification group that wants the dirt not now, but right now, read on!
Read More...